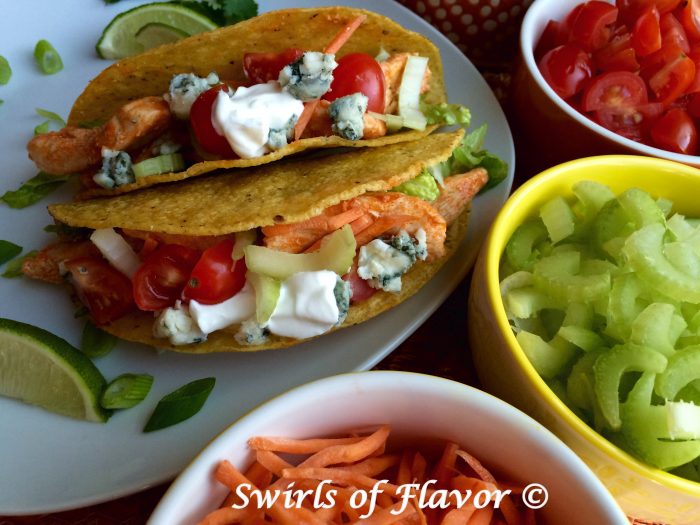 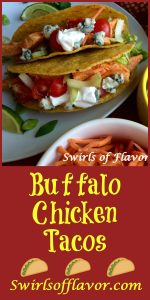 It’s Taco Tuesday and almost time for Cinco de Mayo! Why not plan on making tacos tonight or for Cinco de Mayo later this week? Just let your imagination run wild and fill a taco with your favorite foods! Today my tacos are filled with saucy spicy buffalo chicken and topped with celery, carrots, tomatoes and creamy Roquefort blue cheese. My mouth is watering already! I might just have to make Buffalo Chicken Tacos for Taco Tuesday tonight and again on Cinco de Mayo! #CincodeMayo @cheesesofeurope 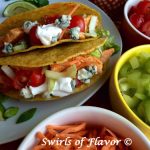 *With it’s creamy texture and deep perfectly balanced flavors, Roquefort blue cheese is considered the world’s greatest blue. Originating from Combalou in Southern France, this sheep’s milk cheese ripens in caves there. The blue mold it is known for grows naturally as it ripens. Roquefort blue cheese is a heavenly flavored and beautifully textured cheese  that has sharp, sweet, peppery and sometimes quite spicy notes making it the perfect accompaniment to Buffalo Chicken Tacos!

Disclosure: I received the Roquefort blue cheese  for purposes of  reviewing and recipe development. All opinions are my own. @cheesesofeurope

Hi there, I'm Gwynn, also known to many as GG, the creator of Swirls of Flavor. Welcome to my kitchen where delicious memories are made. My passion is bringing people together through food. I create easy, family friendly recipes made with fresh, simple ingredients that are perfect for a busy lifestyle. So come on in and gather round the table. It's time to Cook, Share and Savor the Moments together. END_OF_DOCUMENT_TOKEN_TO_BE_REPLACED

Sign up to get all the latest recipes directly via email