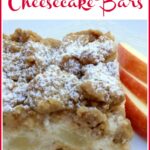 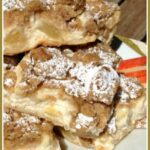 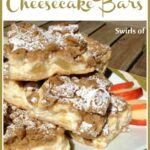 Our Apple Pie Cheesecake Bars recipe starts with refrigerated crescent roll dough. A creamy cheesecake batter with canned apple pie filling topped with buttery cinnamon crumbs bakes into a seasonal dessert that will have you asking for seconds. 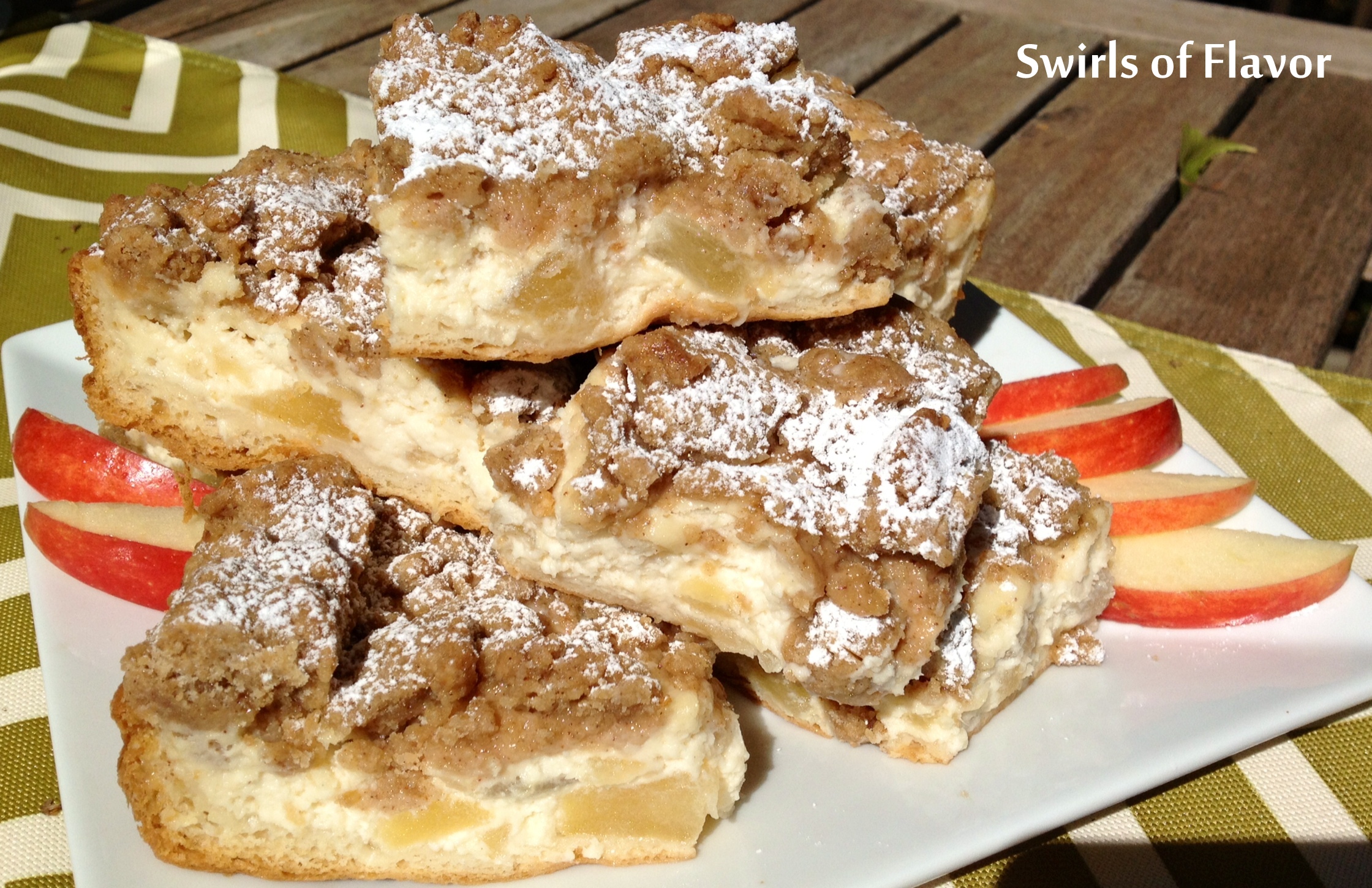 Then you’re going to be over the moon when you bake up these Apple Pie Cheesecake Bars that are easier to make than pie or cheesecake!

Our cheesecake bars combine apple pie, cheesecake and a crumb topping and bake into handheld bars.

A simple creamy cheesecake batter studded with apple pie filling is topped with a buttery cinnamon crumb topping and baked on a crescent dough crust.

Now that’s a mouthwatering dessert that you won’t be able to resist! Trust me, you’re going to love this easy dessert recipe! 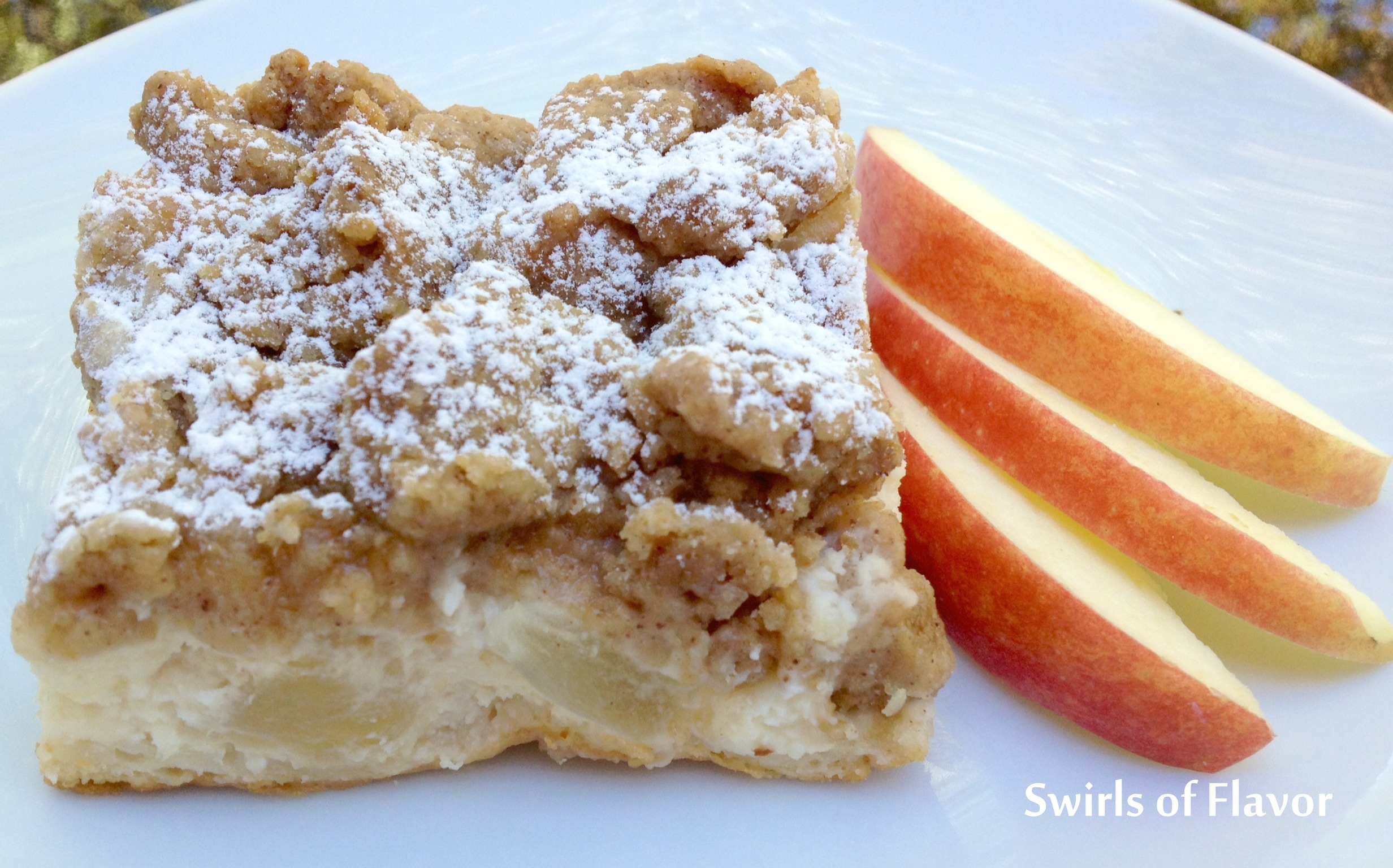 Bits of apples tossed in cinnamon sugar are baked in our honey sweetened Cinnamon Apple Cake. Bursting with seasonal apple throughout, every bite of our apple cake is a taste of fall flavors.

Our Apple Cider Moscow Mule Cocktail is a twist on the classic recipe replacing the lime juice with seasonal apple cider and garnishing with an orange slice and a cinnamon stick stirrer! The Moscow Mule has been updated for the cool autumn weather and this trendy cocktail never tasted so good!

Roasted Chicken With Apples is an easy recipe bursting with seasonal flavors.  Sweet apples and savory onions and garlic roast together with chicken seasoned with the warm spices of autumn. 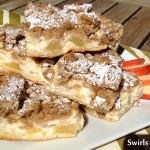 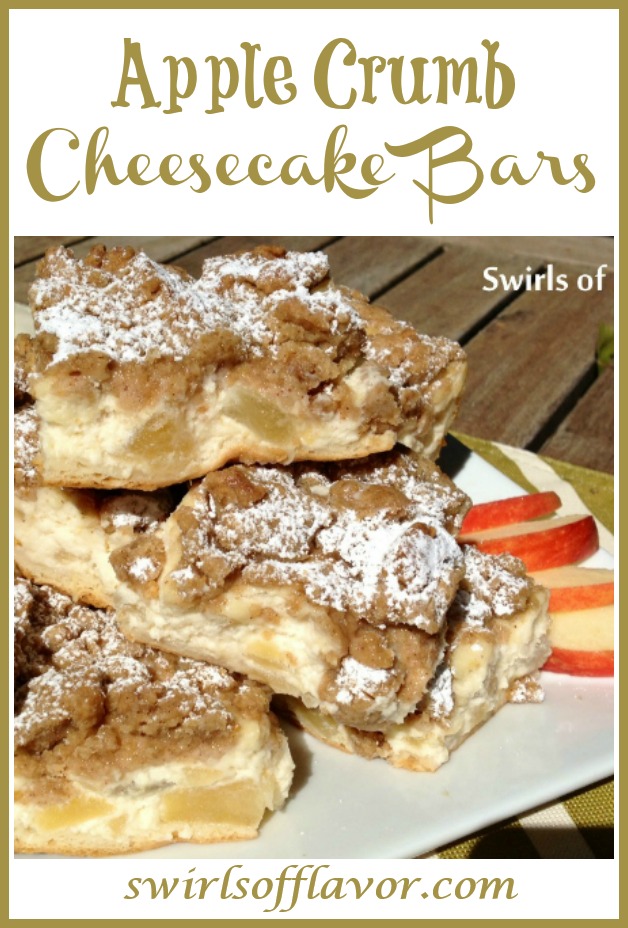