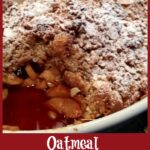 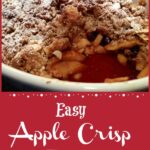 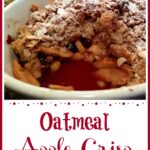 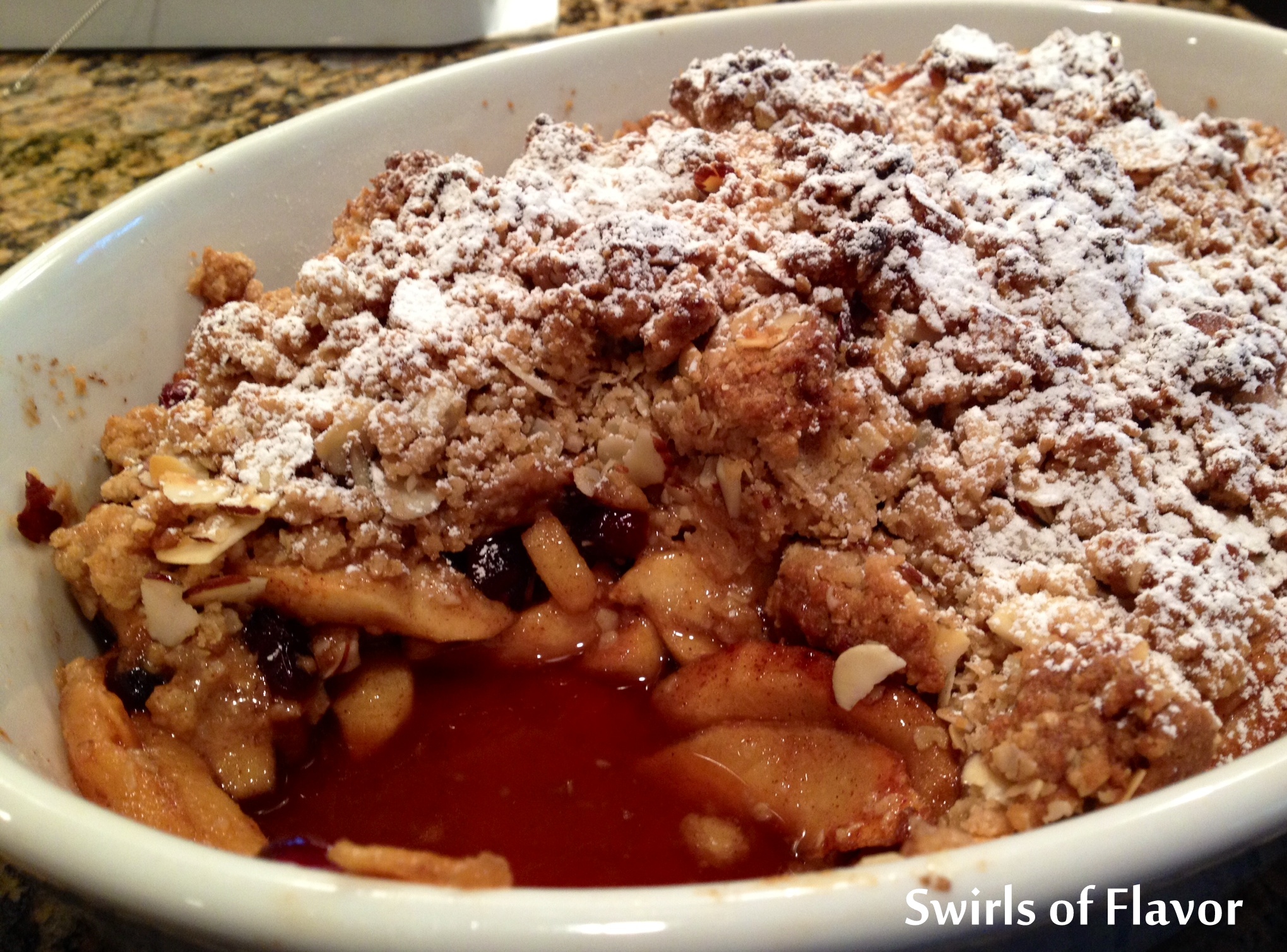 Now you can have both with every bite of this warm sweet Oatmeal Cookie Apple Crisp!

Apple slices and juicy dried cranberries are sweetened and spiced with sugars and cinnamon that create a fabulously delicious syrupy sauce. All these flavors bake under the crisp and buttery oatmeal cookie topping.

Stir in almonds that toast while baking in the oven and finish it off with a sprinkle of confectioners’ sugar and it doesn’t get much better than this.

Well, it could get better than this, maybe if you top it with whipped cream or ice cream, oh yes, that would be the best apple crisp you’ve ever tasted!

Is apple crisp and apple crumble the same thing?

An apple crisp has a topping of brown sugar, butter and flour. An apple crumble is a mixture of chopped apples, brown sugar and oats all tossed together.

What is the best type of apple to use for apple crisp?

When baking apples in an apple crisp recipe select apples that stay crisp and firm, such as Rome, Gala and Granny Smith apples.

Should I refrigerate an apple crisp?

Refrigerating an apple crisp will extend its freshness and will also prevent bacteria from forming. 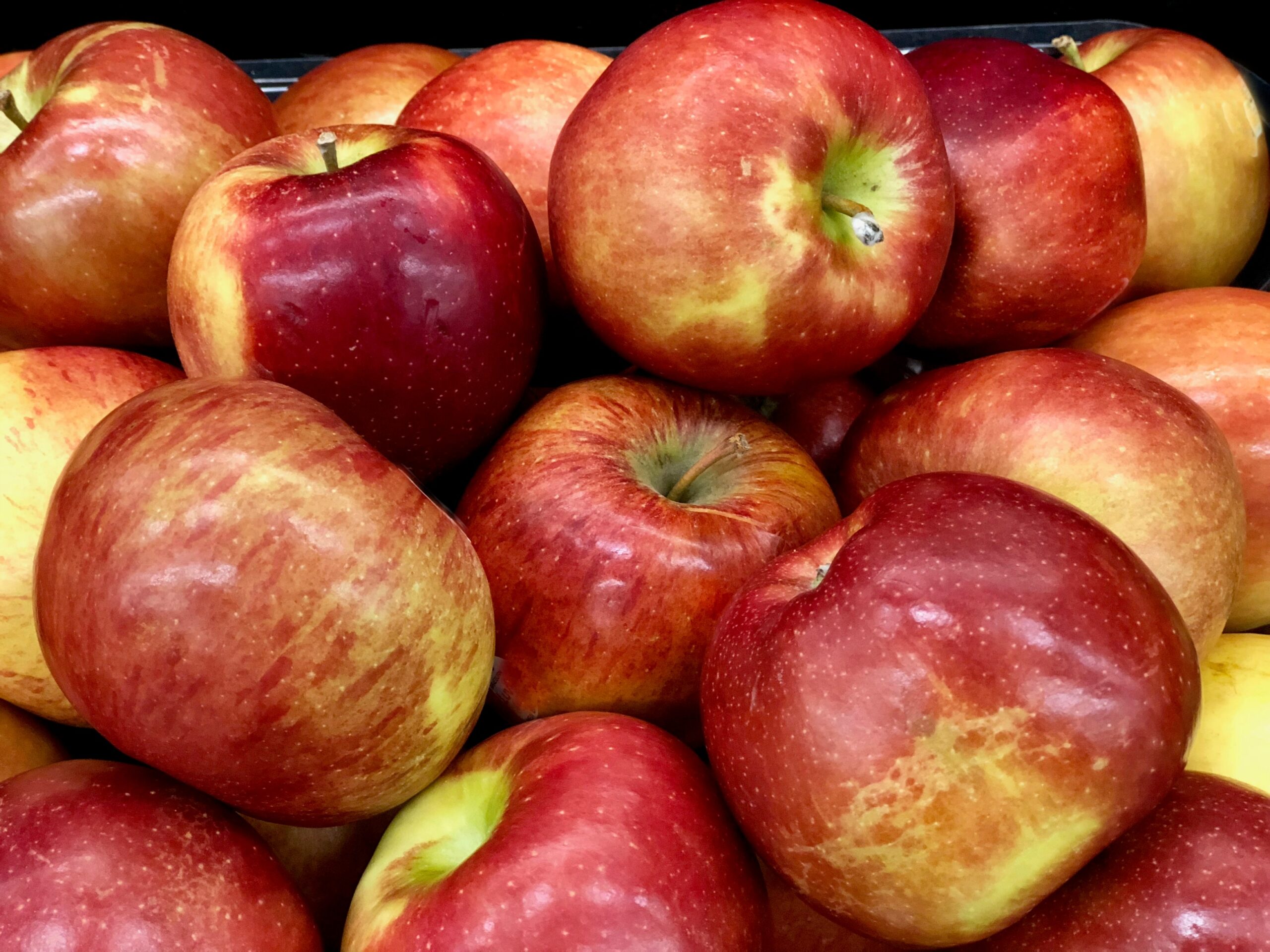 Fruits and nuts combine to make our Apple Pecan Chicken Salad a delicious and satisfying main dish salad. Drizzle with a homemade Honey Mustard Dressing and you’ll pack a punch of flavor in every forkful. 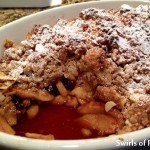 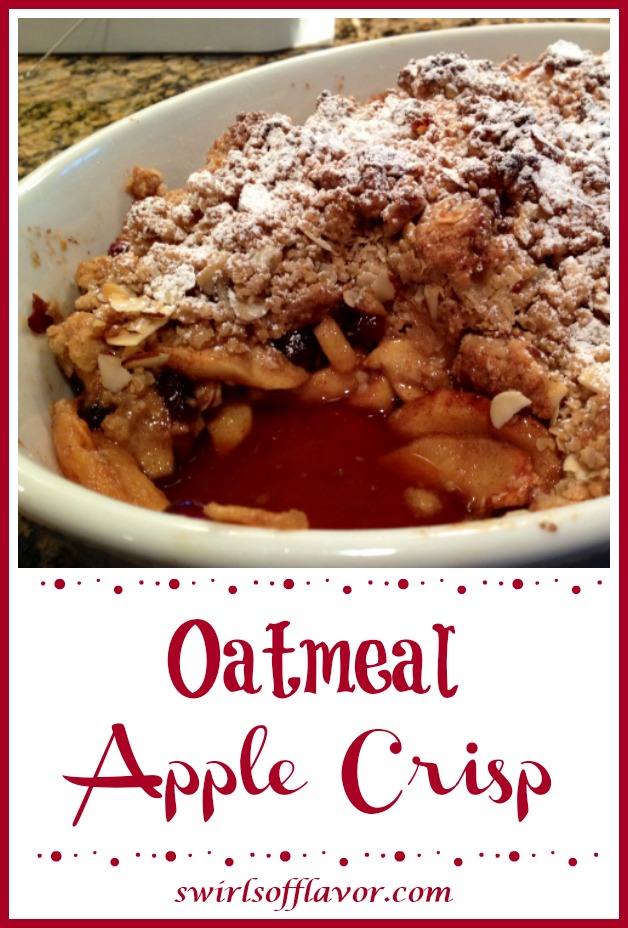