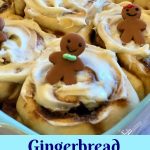 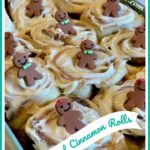 Gingerbread Cinnamon Rolls and Christmas morning and are a perfect match. Our Christmas Cinnamon Rolls is an easy recipe filled with gingerbread spices and brown sugar and topped with a silky cream cheese glaze. This cinnamon roll recipe is guaranteed to become your next holiday tradition. 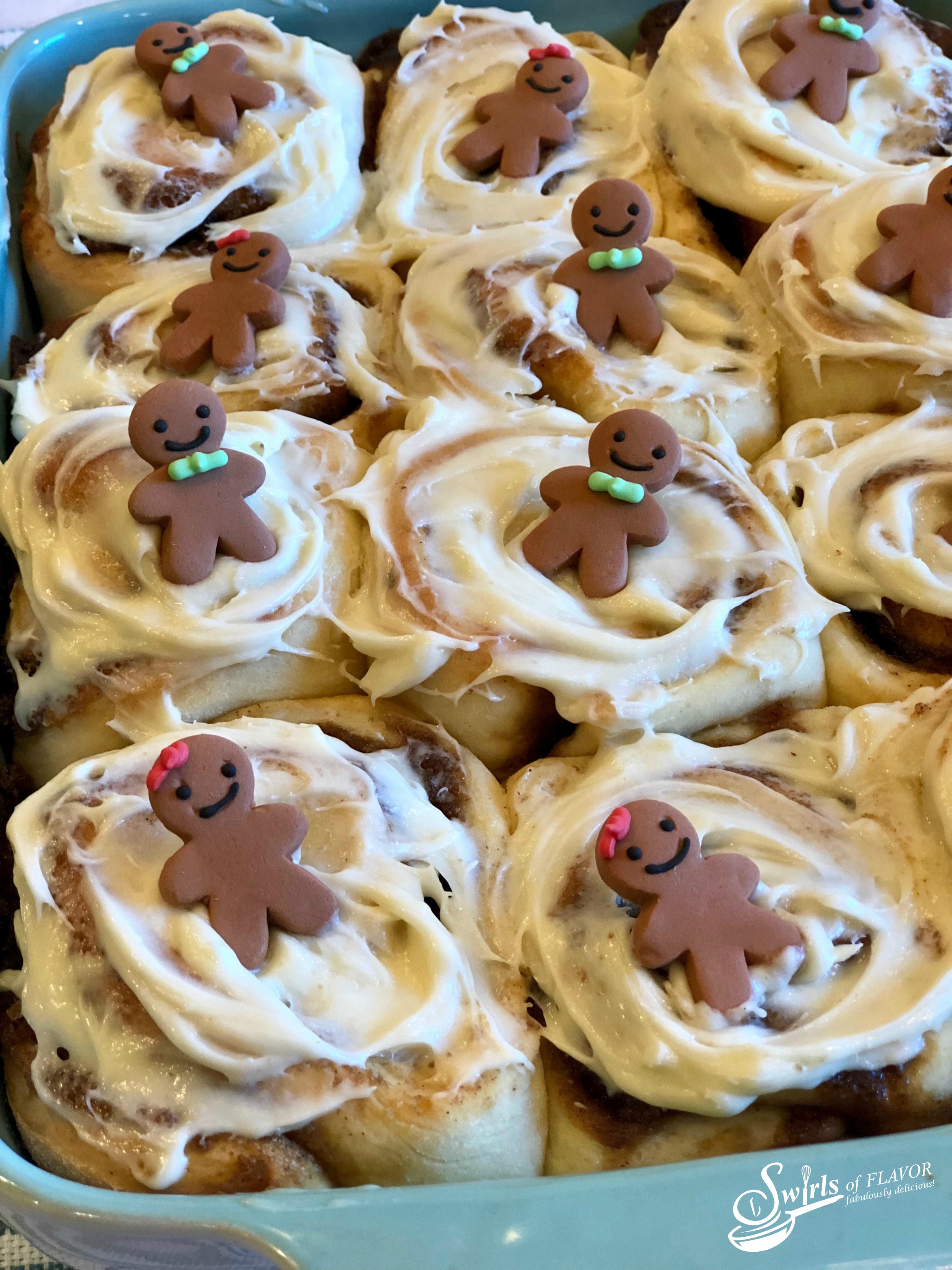 Gingerbread Cinnamon Rolls can be made the night before and let come to room temperature while you’re opening gifts. Pop them in the oven while the kids are playing with their new toys and you’ll have fluffy rolls with a brown sugar filling bursting with cinnamon, ginger, cloves and nutmeg, all the spices of gingerbread, and topped with a silky cream cheese glaze in just minutes. 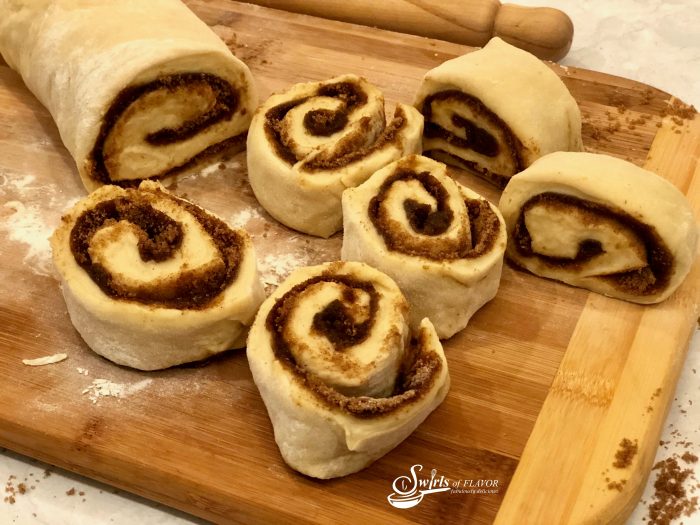 Can cinnamon rolls be made ahead?

Rolls can be prepared one day ahead and baked the next morning. Just follow these simple steps:

This post contains affiliate links. If you make a purchase through one of these links, I make a small commission at no extra cost to you. 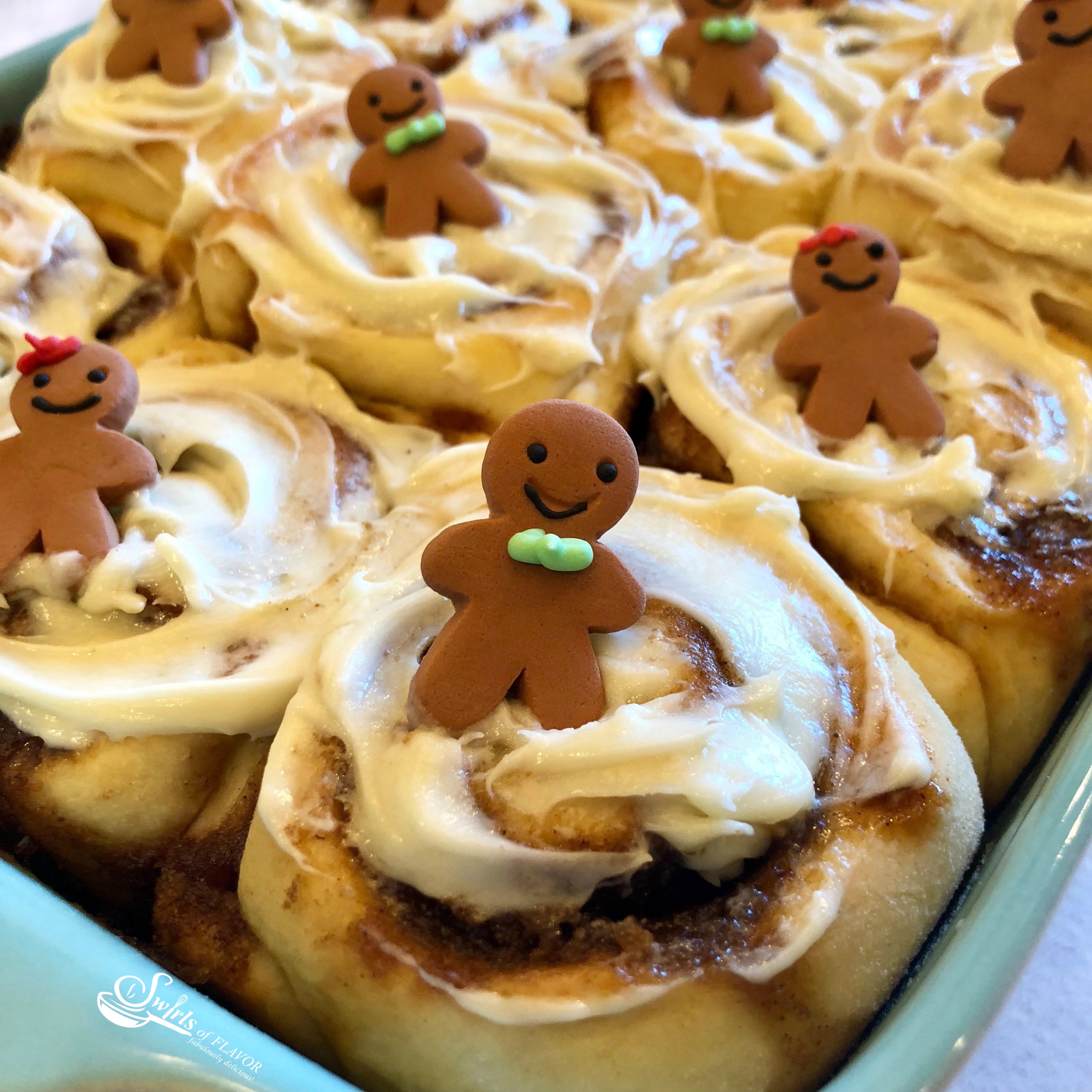 How to assemble Gingerbread Cinnamon Rolls 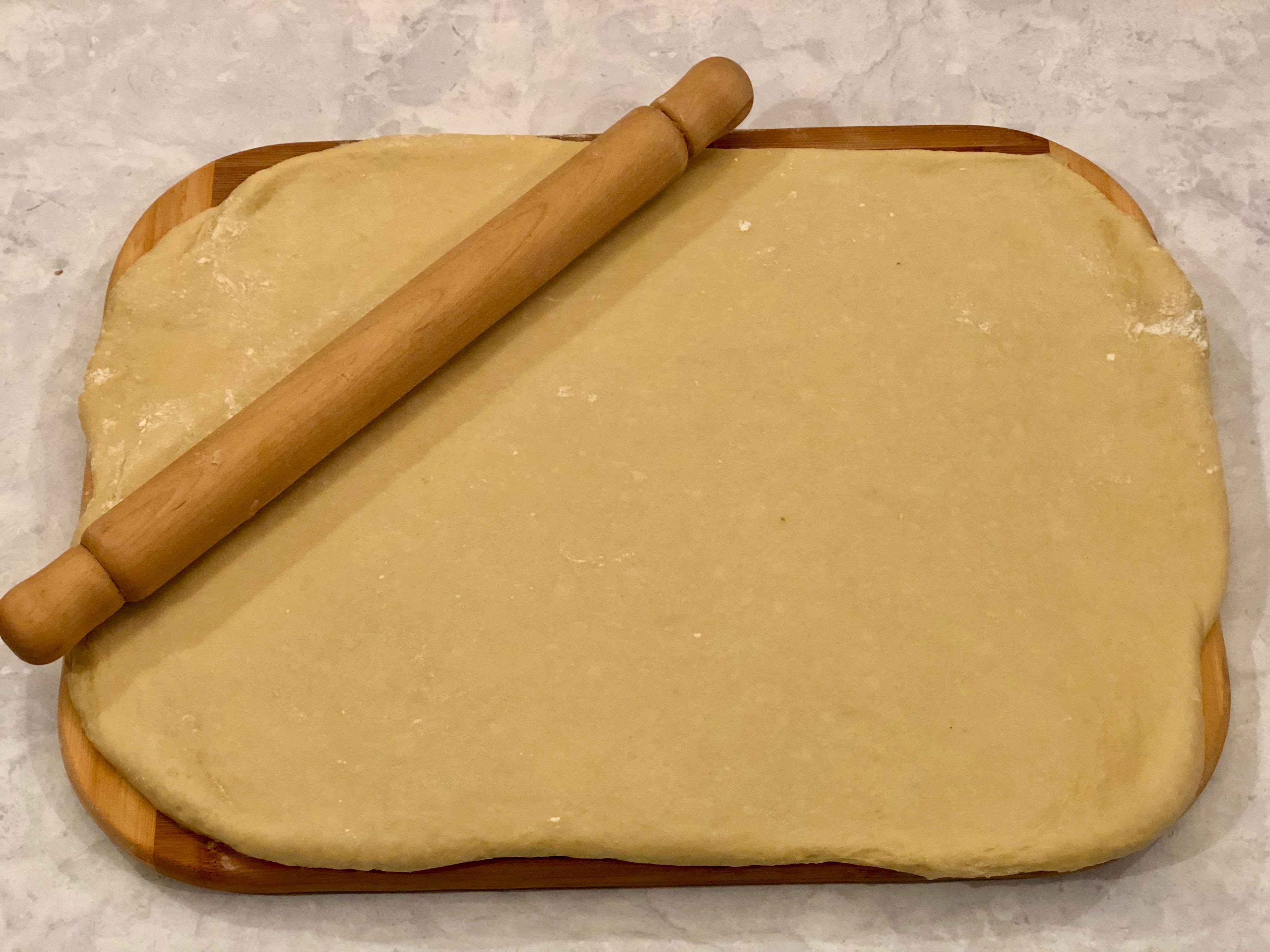 Roll out dough for cinnamon rolls. 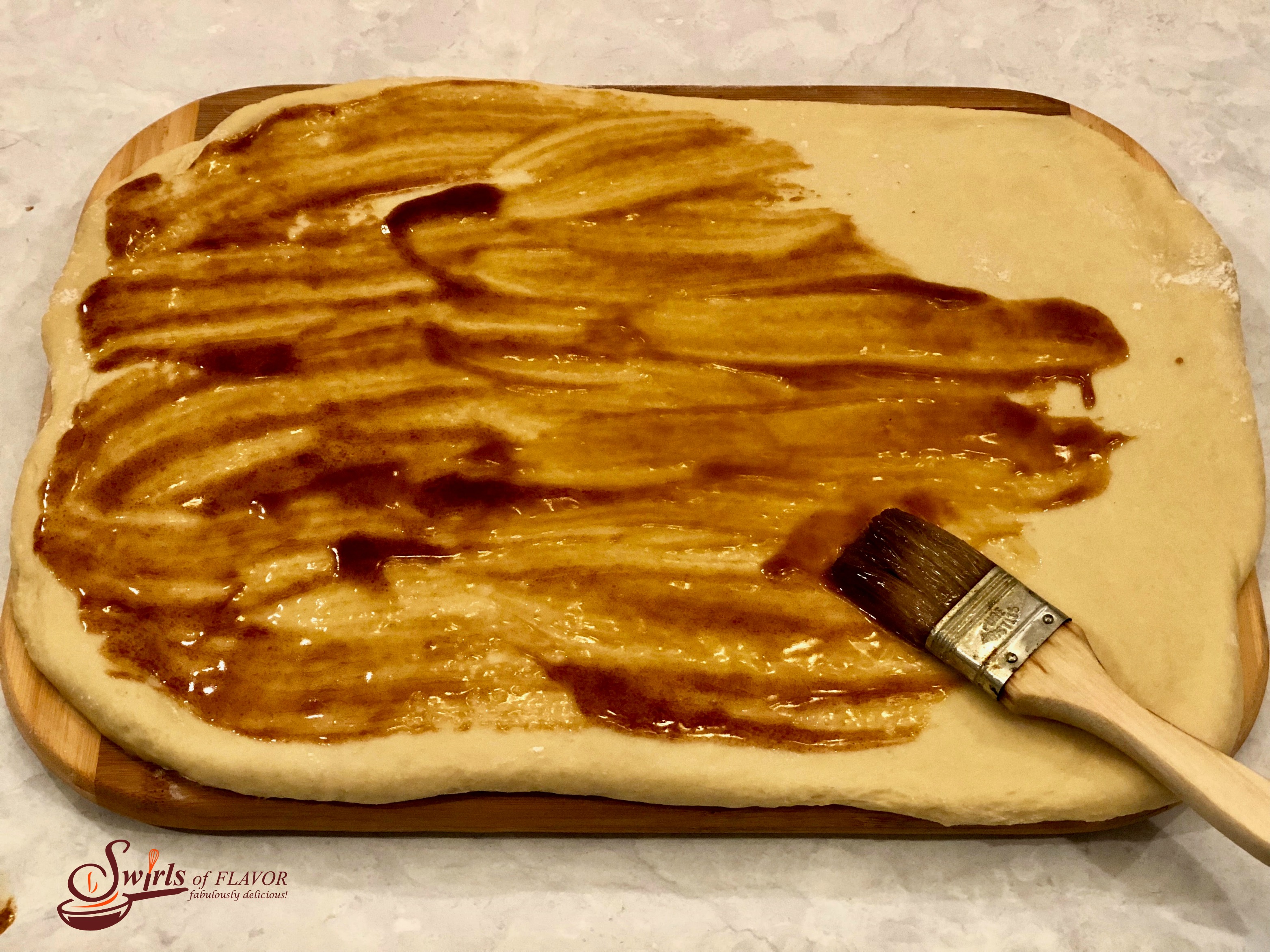 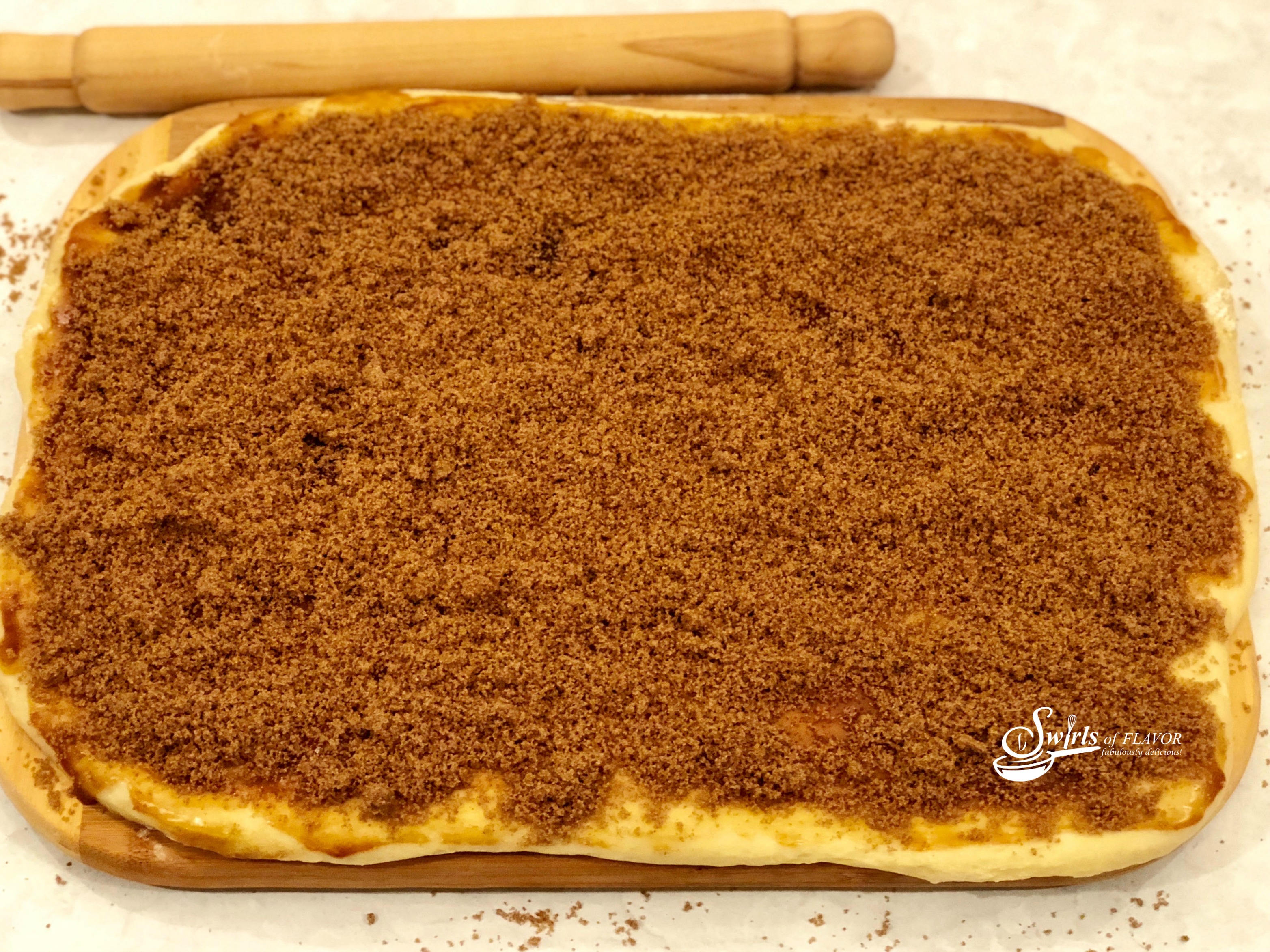 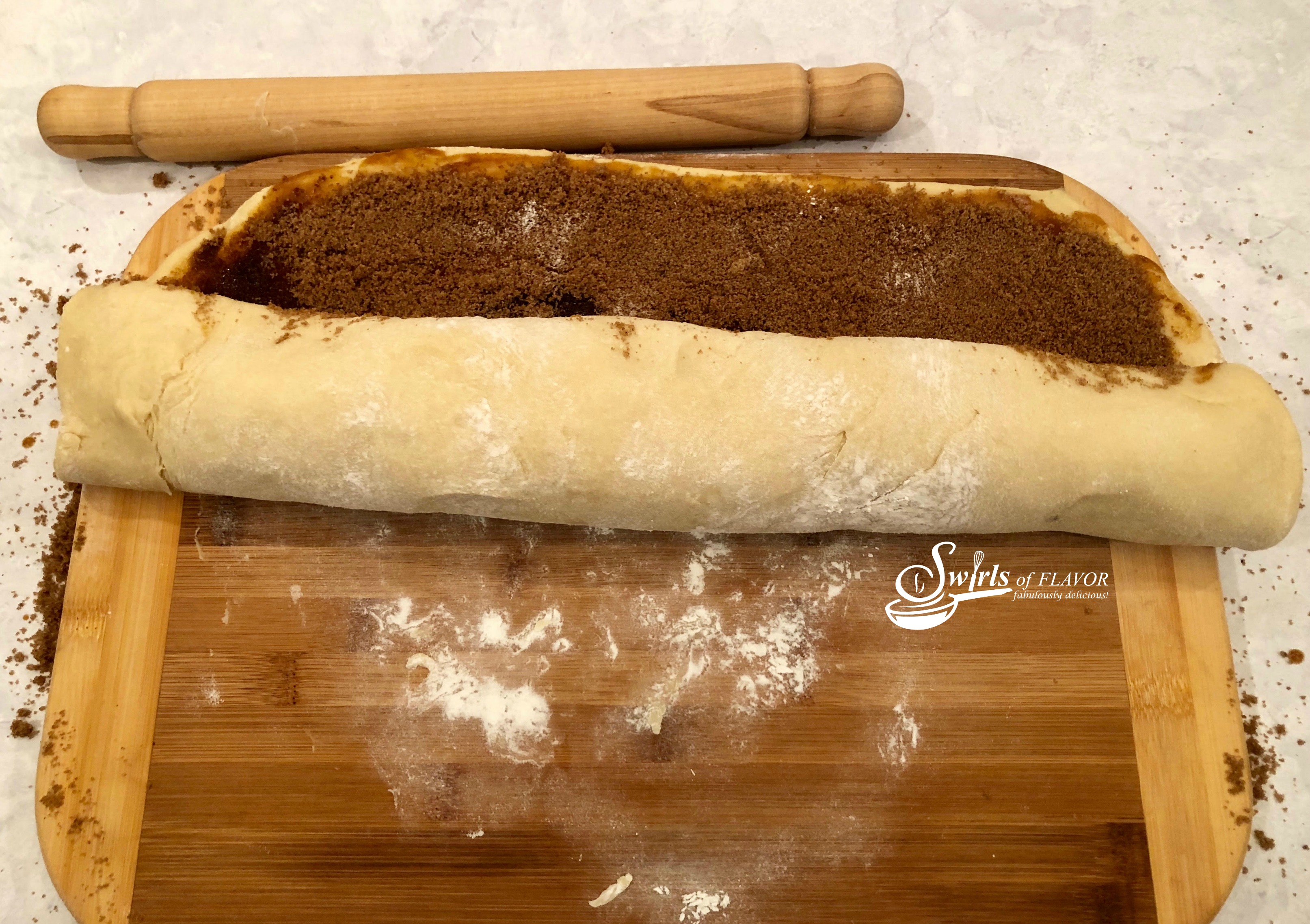 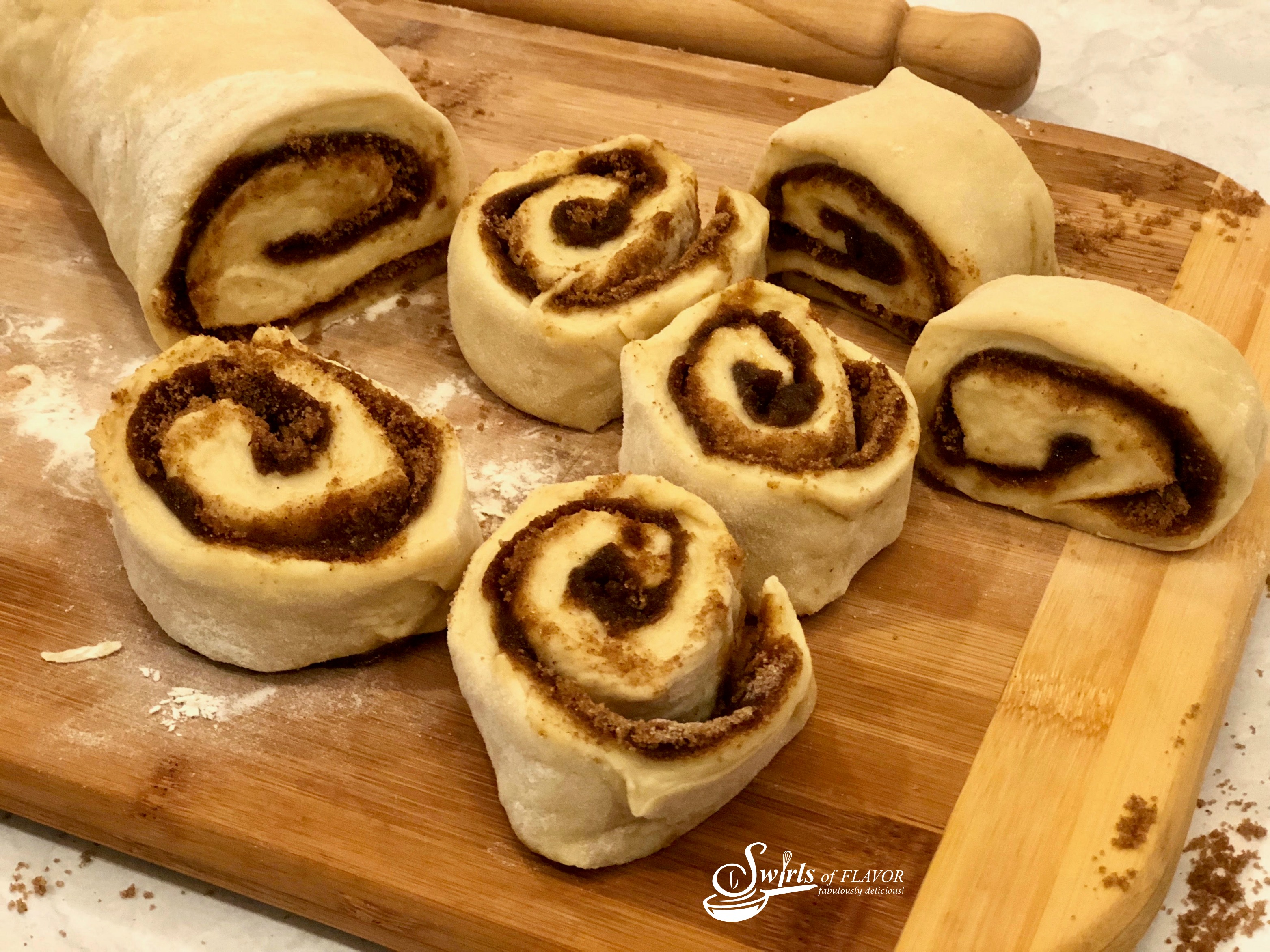 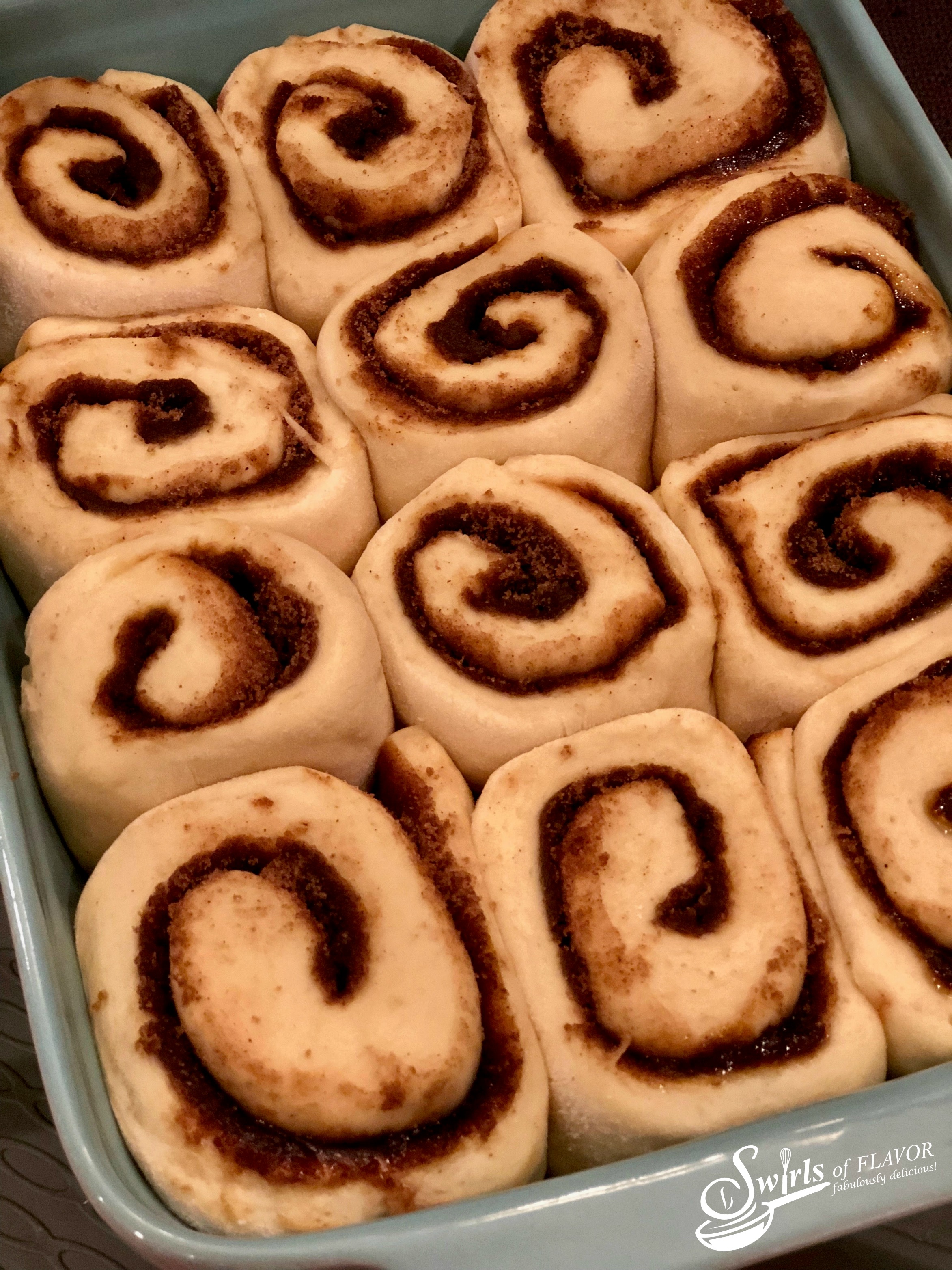 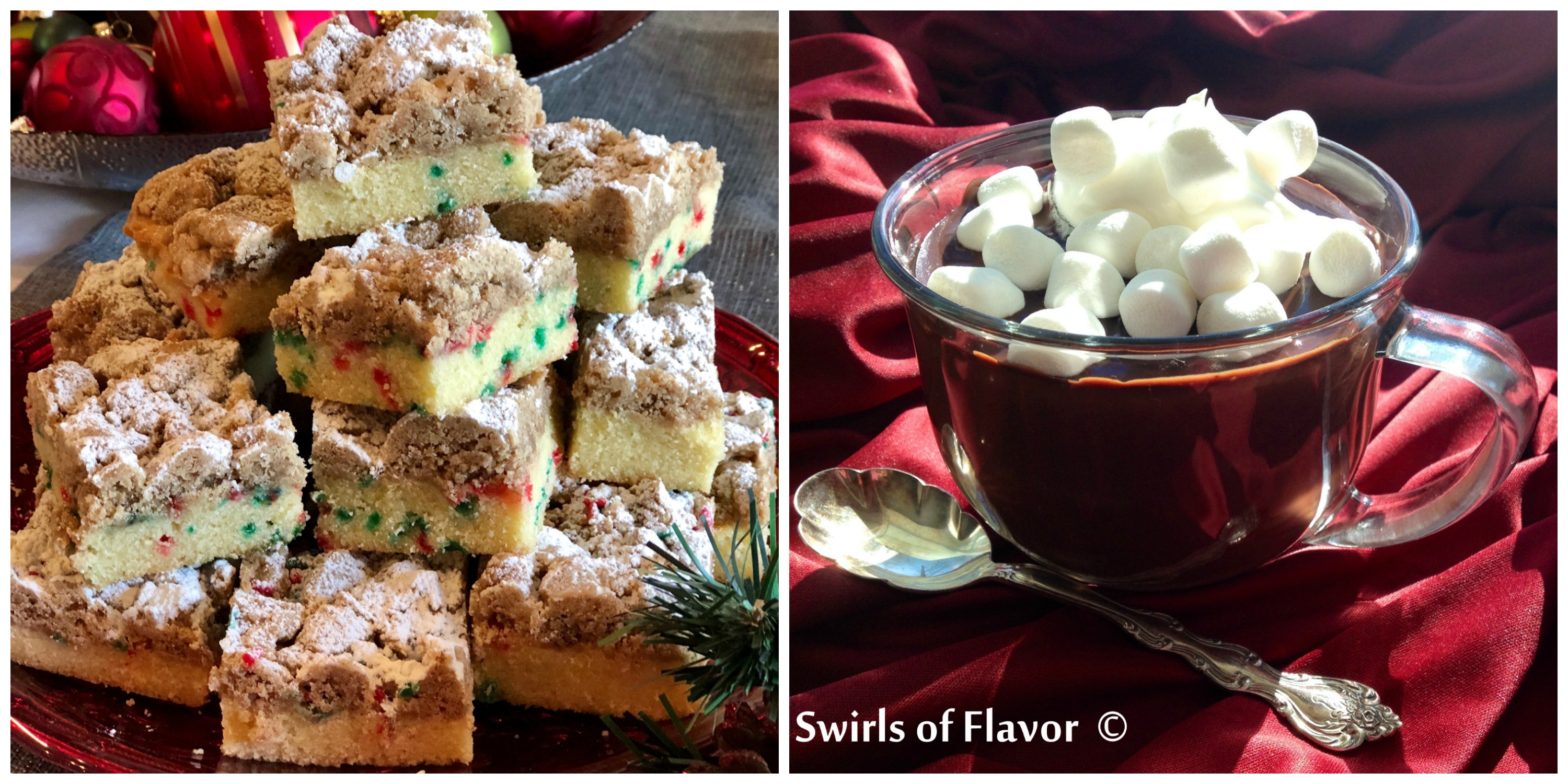 Italian Hot Chocolate is an easy recipe for the hot chocolate served in Italy, a rich chocolate that is thick, creamy and silky smooth. You’ll need a spoon to “drink” this hot chocolate and it’s so decadent you can even call it a dessert! 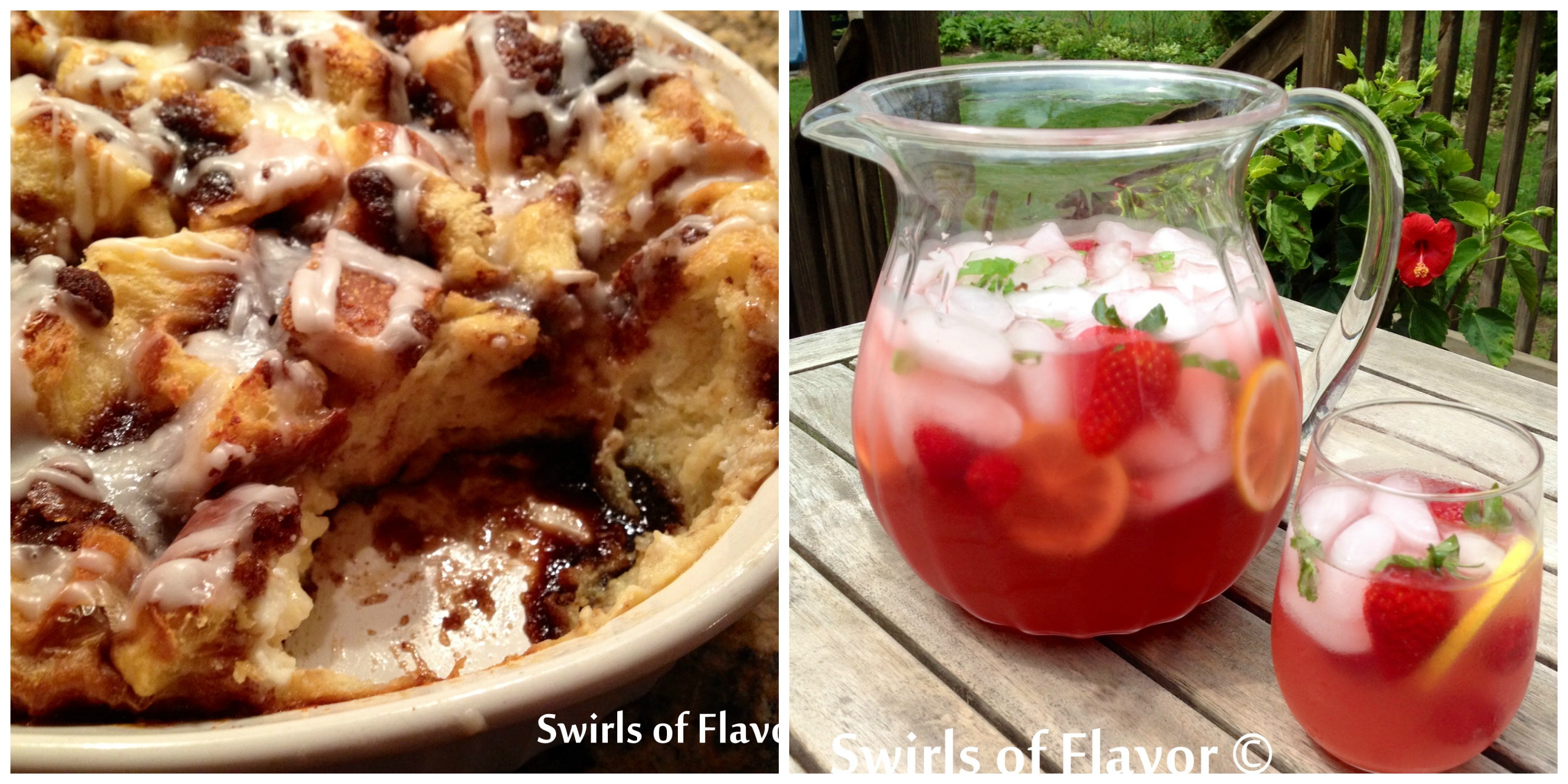 Cinnamon Bun Bread Pudding is a perfect addition to your holiday brunch menu! Every bite has the flavors of a cinnamon bun! Start with a brown sugar cinnamon butter layer topped with challah bread soaked in vanilla custard and finish it off with even more brown sugar mixture on top. Oh, and don’t forget the sweetened cream cheese that’s stuffed in the middle!

Berry Pink Lemonade Prosecco Punch is flavored with puckering raspberry lemonade and bubbly Prosecco and topped off with the sweet bursts of fresh berries and is as pretty as it is delicious! 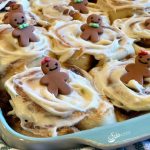 Rolls can be prepared one day ahead and baked the next morning. Just follow these simple steps: 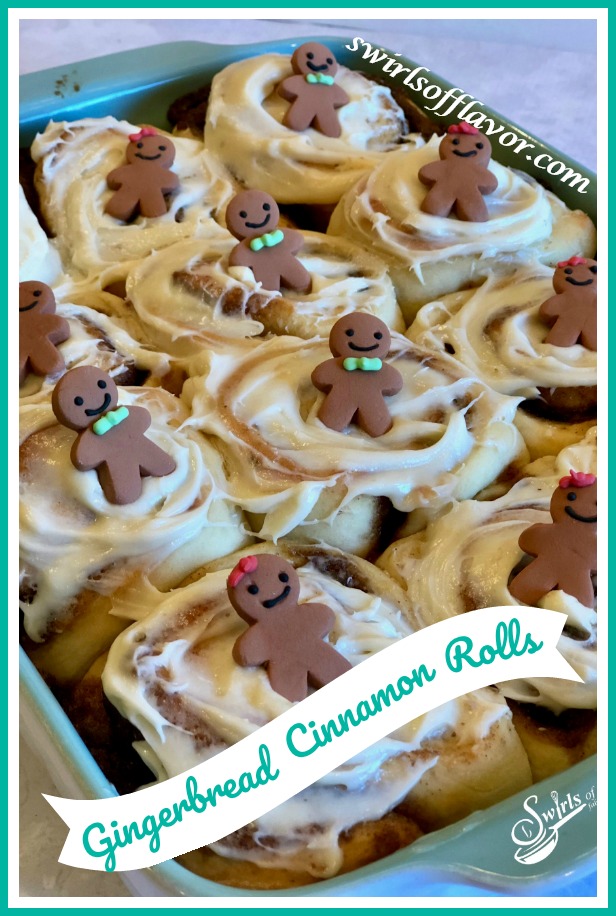 Hi there, I'm Gwynn, also known to many as GG, the creator of Swirls of Flavor. Welcome to my kitchen where delicious memories are made. My passion is bringing people together through food. I create easy, family friendly recipes made with fresh, simple ingredients that are perfect for a busy lifestyle. So come on in and gather round the table. It's time to Cook, Share and Savor the Moments together. END_OF_DOCUMENT_TOKEN_TO_BE_REPLACED