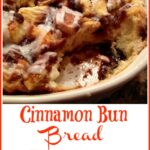 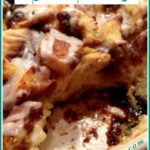 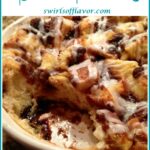 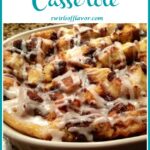 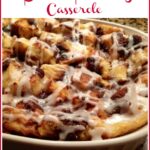 Our Easy Cinnamon Bun Bread Pudding Recipe is the perfect addition to your brunch menu. Every spoonful of our cinnamon roll casserole is a taste of a cinnamon bun, with it’s brown sugar layer, tender bread with vanilla custard and sweetened cream cheese filling. 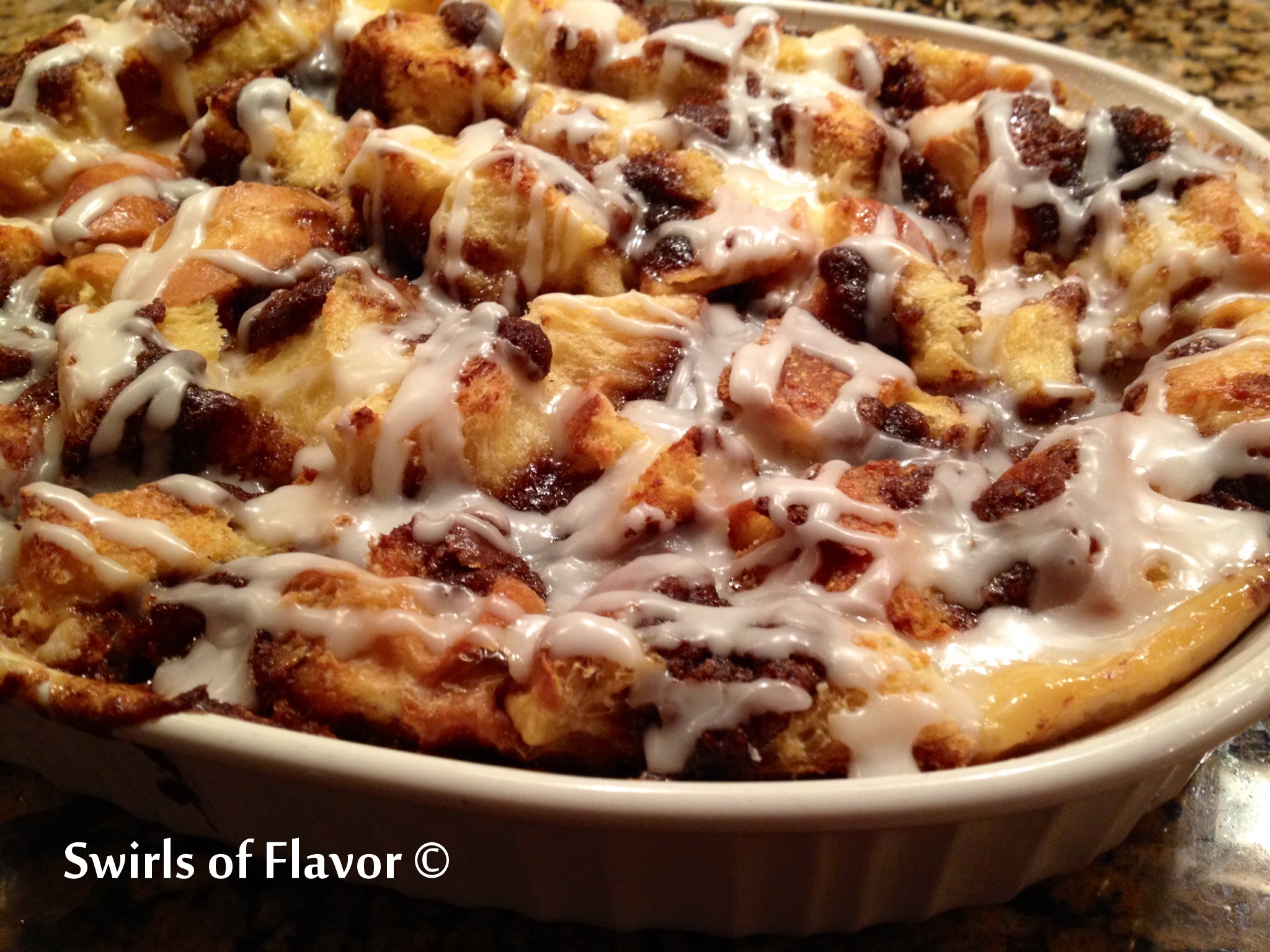 Every bite of our easy bread pudding recipe has the flavors of a cinnamon bun!

The deliciousness starts with a brown sugar cinnamon butter layer. Top that with challah bread soaked in vanilla custard and finish it off with even more brown sugar mixture on top.

Oh, and don’t forget the sweetened cream cheese that’s stuffed in the middle!

You can assemble it ahead of time and just pop it in the oven when you’re ready.

Yes, this cinnamon bread pudding is definitely the perfect addition to the first day of the new year, or any day for that matter!

Wishing you a year filled with happiness and fabulously delicious Swirls of Flavor recipes!

What is bread pudding?

Bread pudding is a bread-based breakfast or dessert. Typically made with stale or day old bread, a bread pudding also contains eggs, milk or cream, butter or another fat and a variety of ingredients to give it different flavors.

Not necessarily. It is perfectly fine to use bread that is not stale.

Can bread pudding be made ahead?

Yes, you can make our bread pudding the night before. When you cover it with foil, before baking, just pop in the refrigerator.

The next morning remove from refrigerator and let it come back to room temperature, and then bake as directed in the recipe. 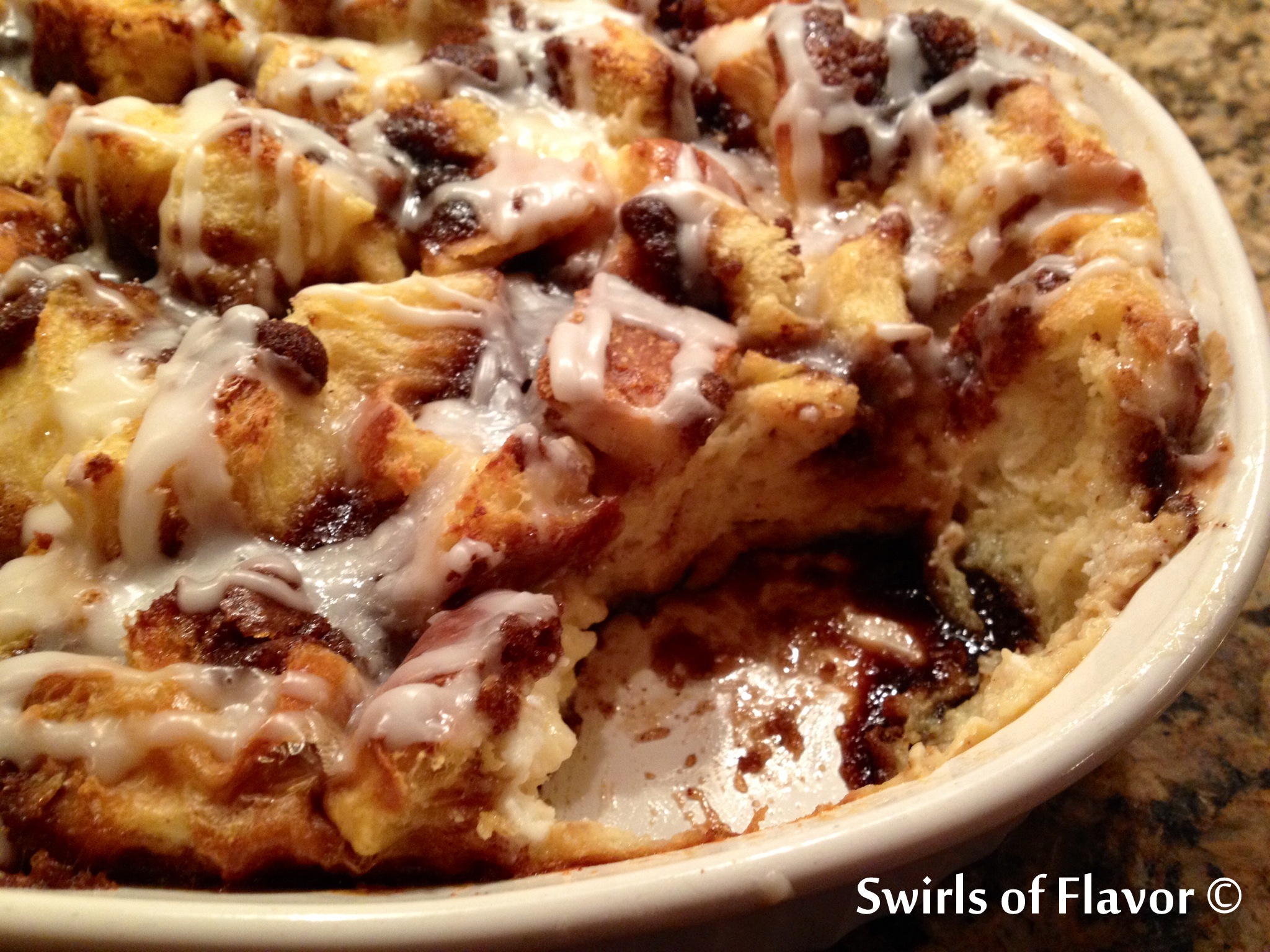 If you're craving a pizza in the morning, make it a Smoked Mozzarella & Prosciutto Breakfast Pizza. These breakfast pizzas are made with store bought pizza crusts topped with pesto, prosciutto, smoked mozzarella and tomatoes, then with an egg. and baked in the oven!

When blueberry season is in full swing, Ginger Glazed Blueberry Scones are the perfect way to savor the sweetness of one of the highest antioxidant foods in the world!

Best Ever Crumb Cake is piled high with buttery crumbs and made with simple basic ingredients from your fridge and pantry. 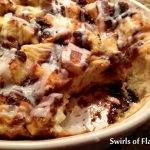 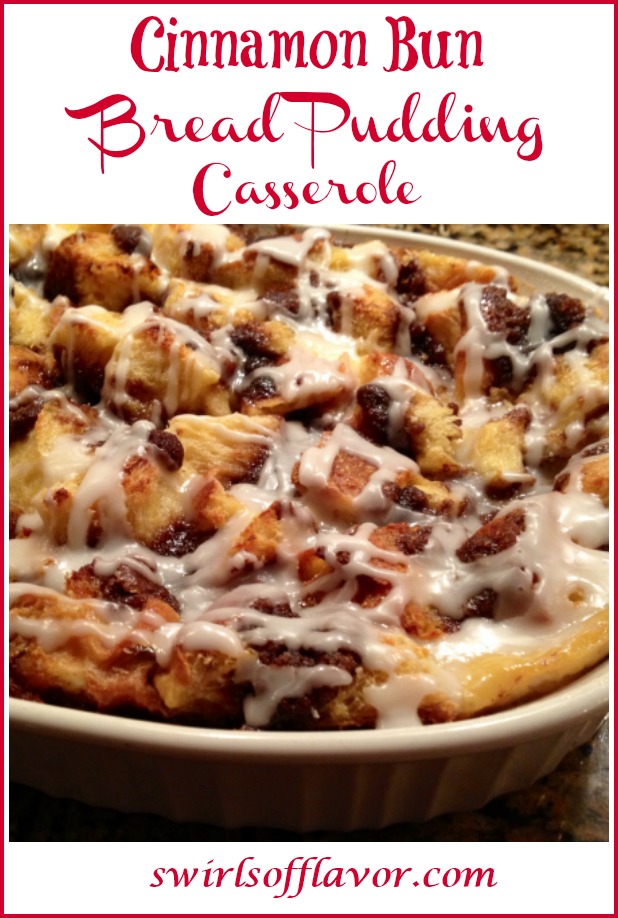