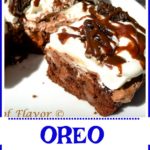 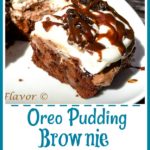 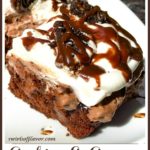 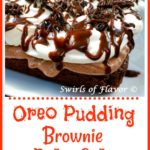 Everyone will be asking for seconds when our Oreo Cake Recipe With Pudding is served for dessert! A homemade brownie becomes a poke cake that is infused with chocolate pudding then topped with layers of homemade Oreo pudding, whipped topping, cookies and a drizzle of hot fudge. 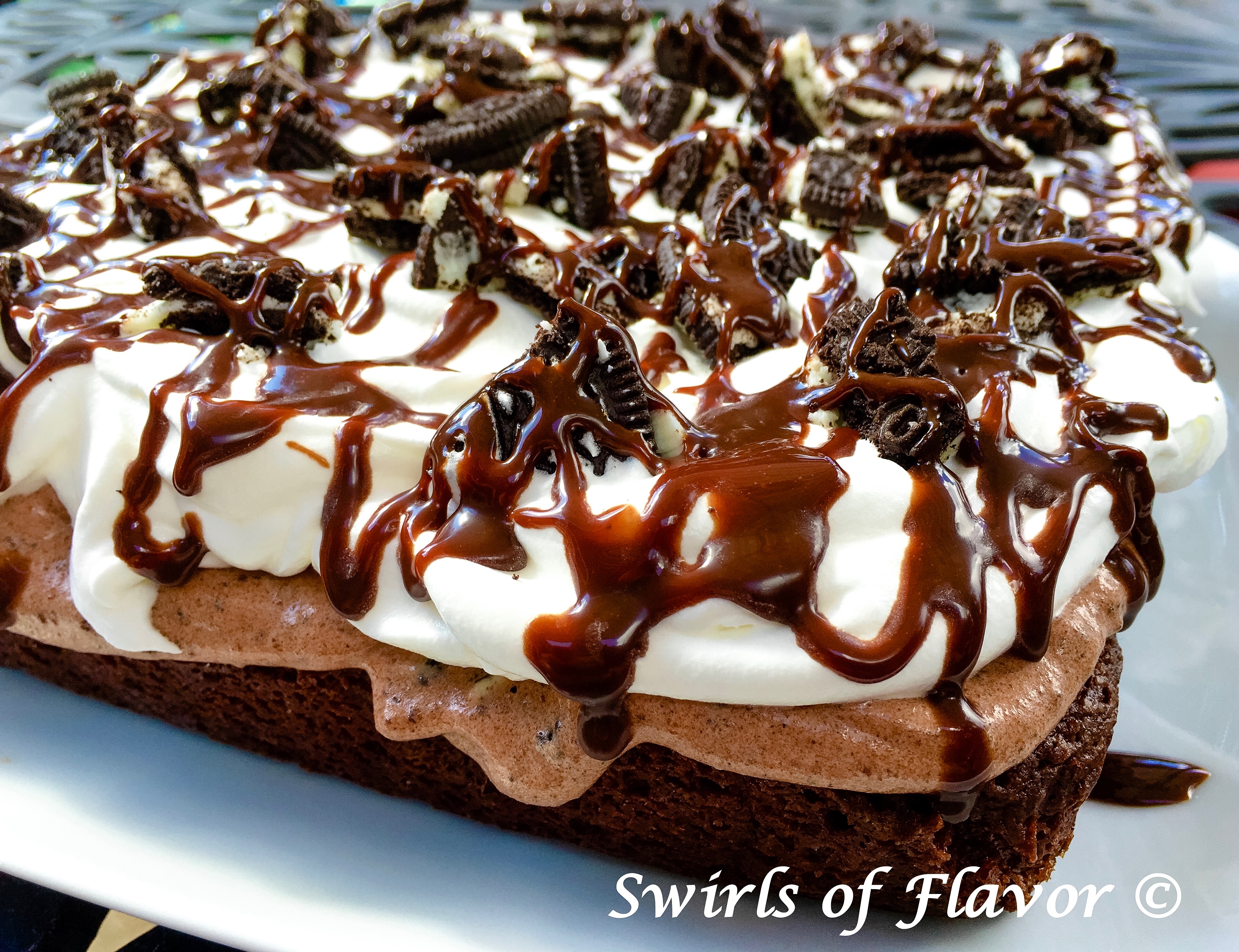 We all love a poke cake! But have you made a chocolate poke cake with pudding?

And was your poke cake a homemade brownie?

Oh, and then did you top that brownie cake with a layer of pudding filled with crushed cookies that became a homemade oreo pudding?

Oh and then there’s that top layer of whipped topping, more chopped cookies and a drizzle of fudge sauce!

Oh my goodness, you know what? You can even call it a cookies and cream cake!

But whatever you call it, everyone will be calling it mighty fine and delicious and asking for seconds because dessert never tasted so good! 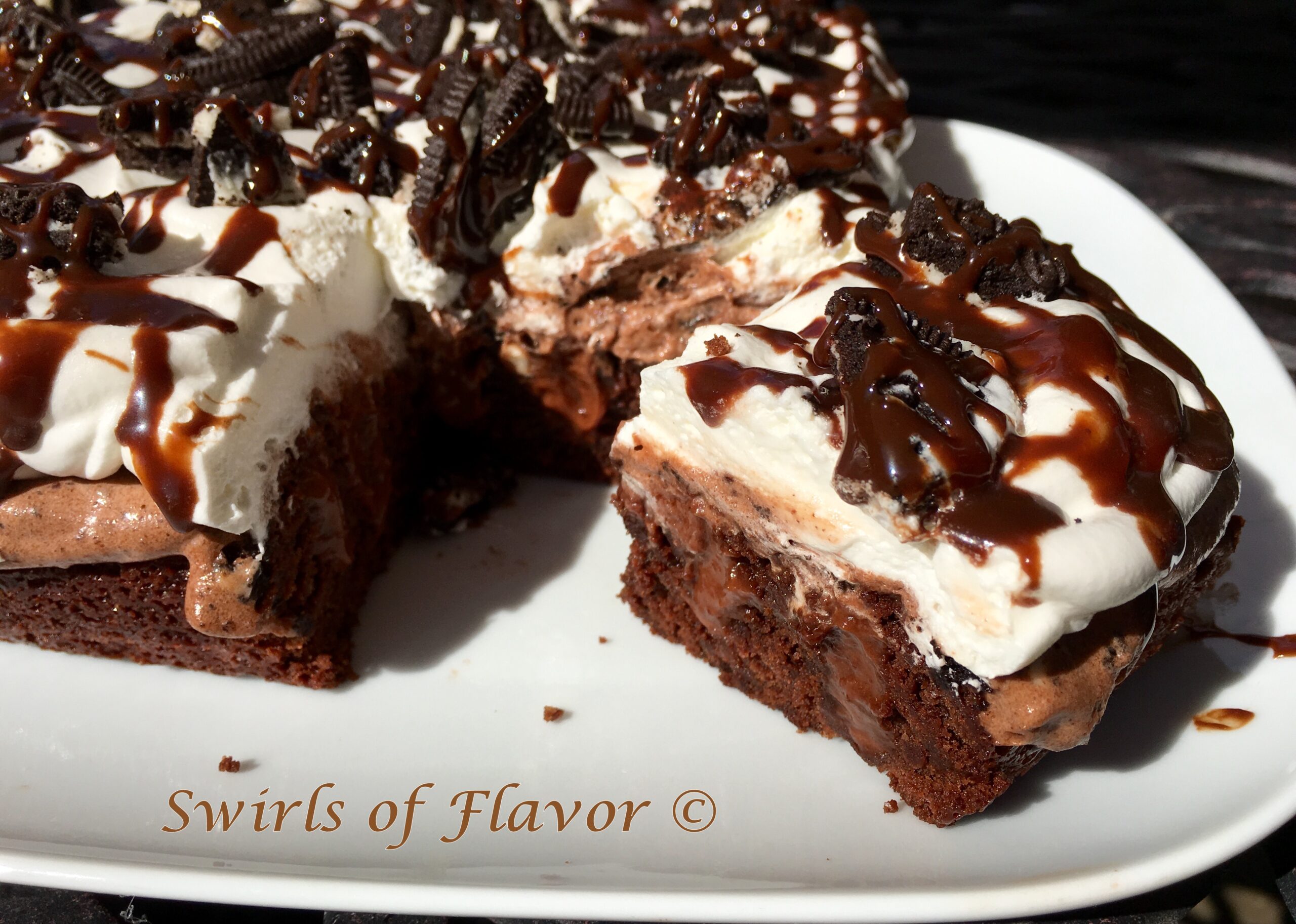 How to make a poke cake recipe

For the brownie cake:

For the Pudding and Topping: 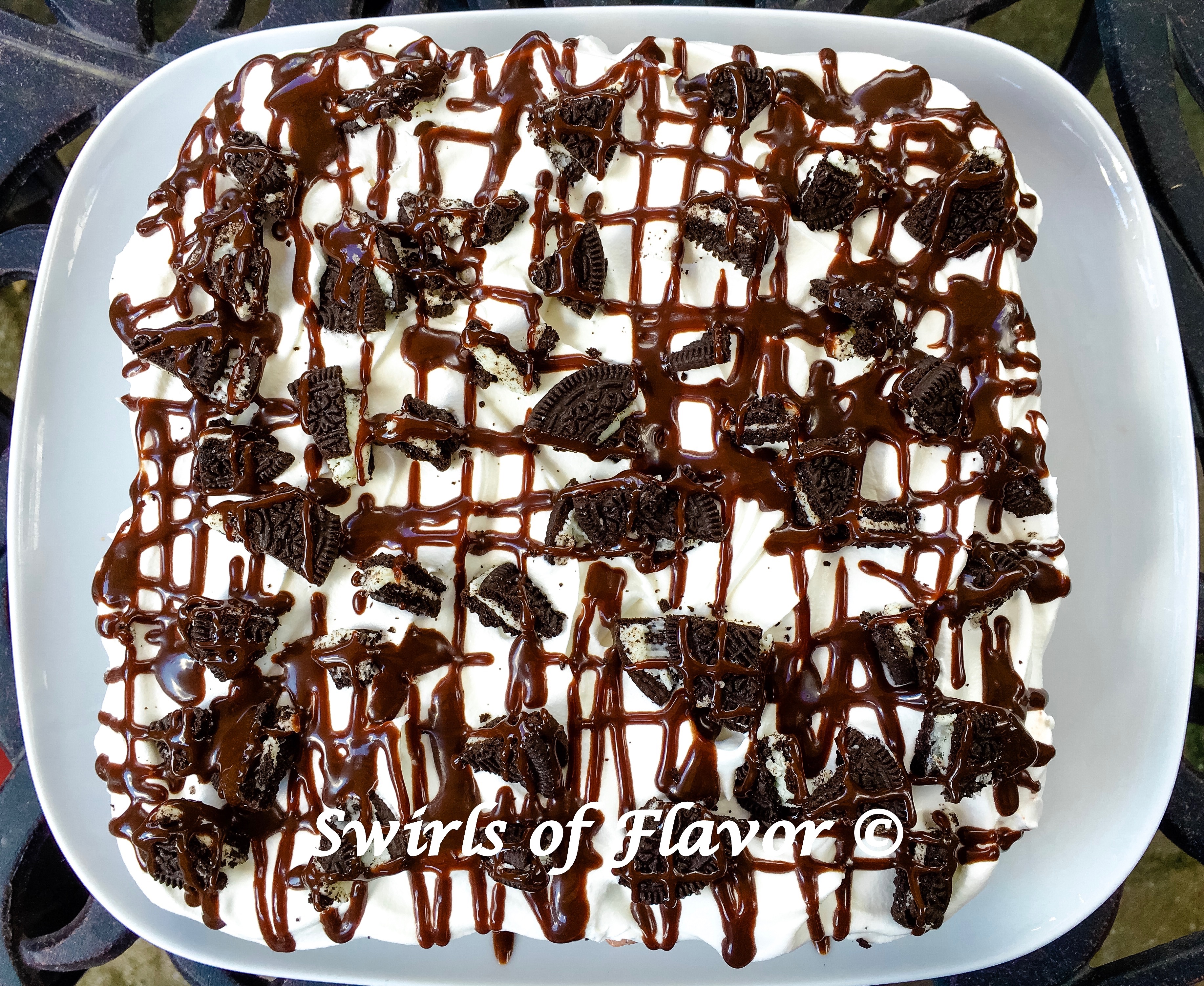 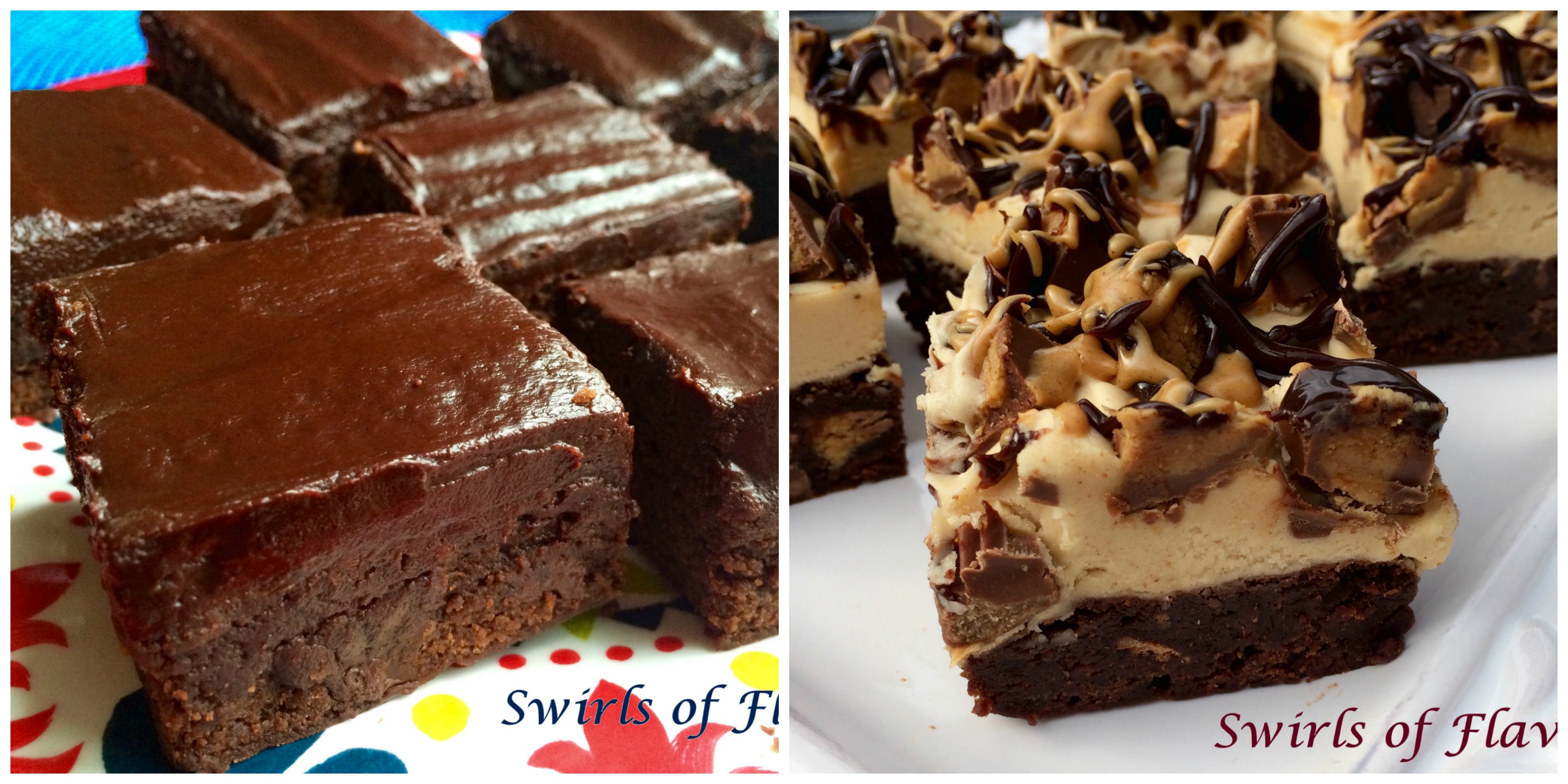 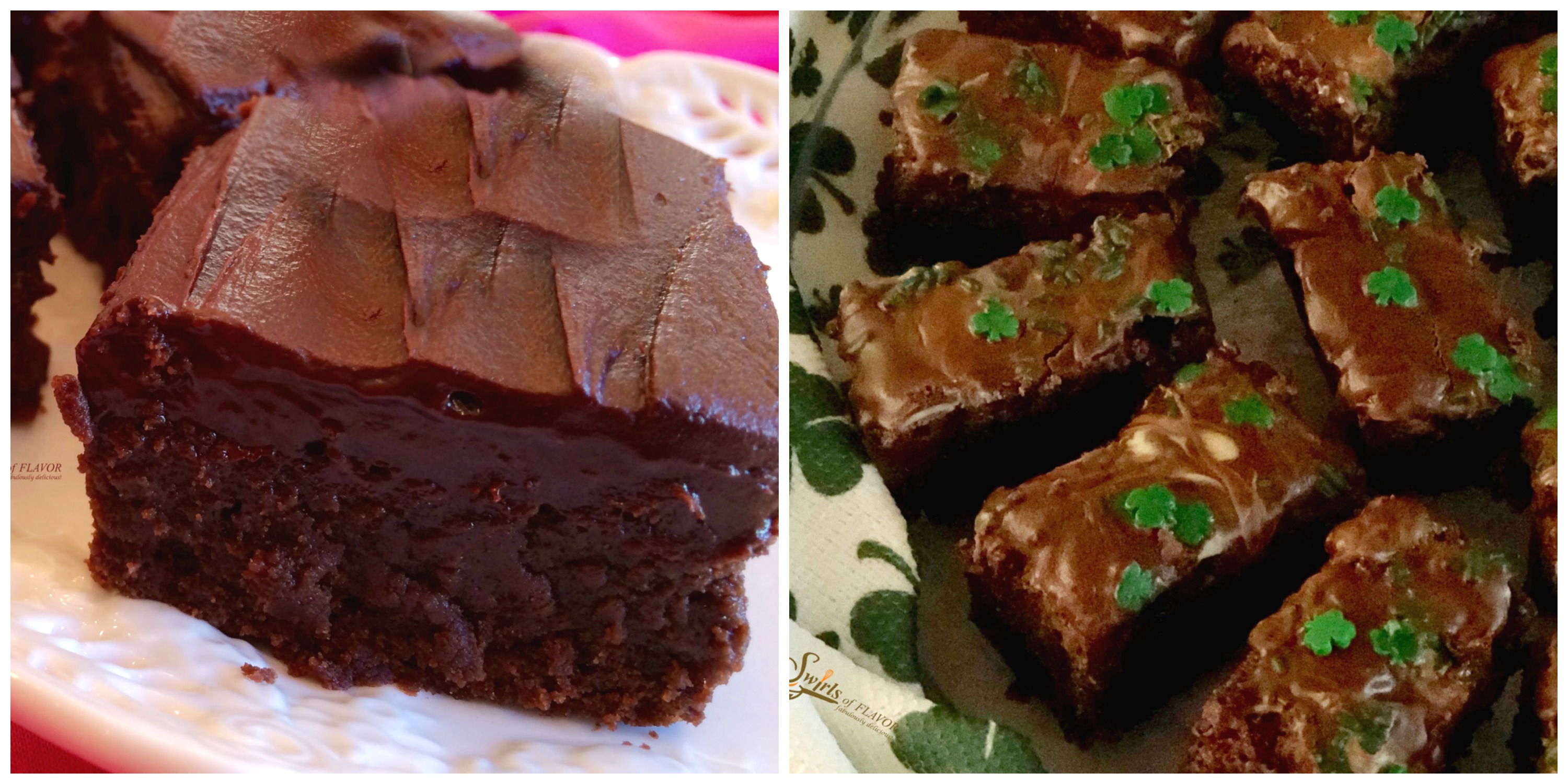 Chocolate Chip Mint Brownies is an easy dessert recipe for your celebration! Top warm homemade brownies with Andes mint candy, let them melt, then smooth out for an easy one ingredient mint frosting! 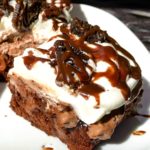 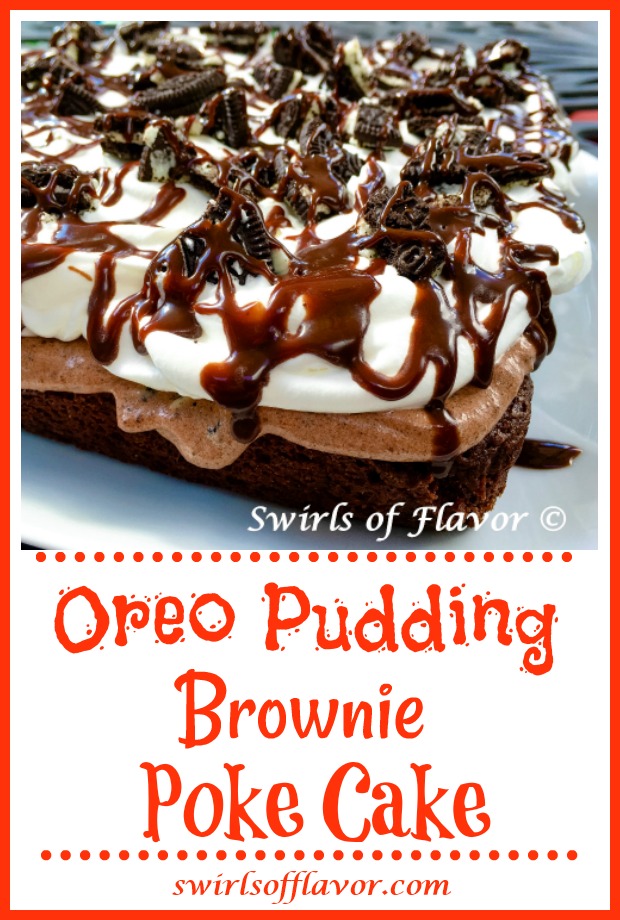