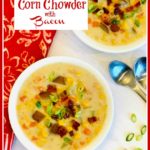 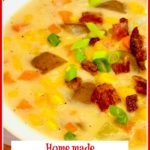 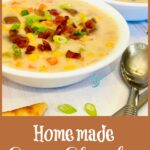 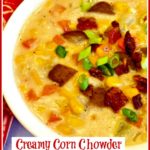 Creamy Potato Corn Chowder is a homemade soup recipe made with basic kitchen ingredients. Our corn chowder soup is flavored with bacon, bursting with fresh vegetables and two types of canned corn and will warm you up on a chilly day. 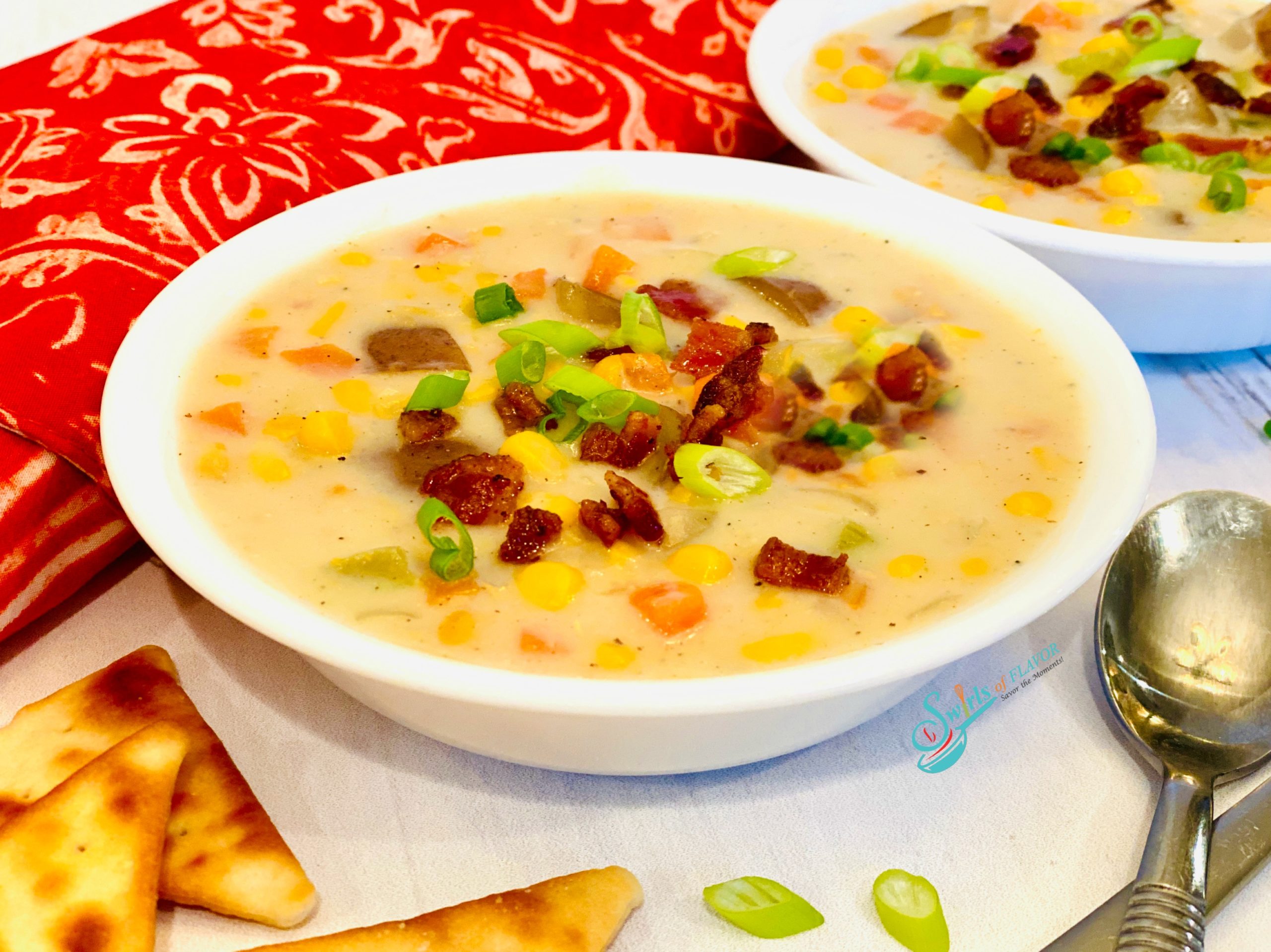 Fresh vegetables combine with canned corn kernels and cream style corn for a homemade creamy potato corn chowder that you will want to make over and over again.

Carrots, celery, onion, potatoes and two types of canned corn fill this soup to the brim with hearty vegetables.

Cream style corn and milk give this chowder it's creamy texture that will delight your taste buds.

Have lots of end of summer corn on the cob? This corn chowder with bacon will taste amazing when made with fresh corn kernels cut off of the cob!

Trust me, I couldn’t stop eating this soup and, the best part? It’s a creamy soup made without cream, so I didn’t feel guilty eating every last spoonful of it.

Be sure to check out the Swirls of Flavor Amazon Storefront for GG's kitchen recommendations!

What is a chowder?

A chowder is a type of soup that is thick, rich and chunky and prepared using milk or cream.

A chowder was originally a fisherman's stew. Now chowders can be either seafood or vegetable. Corn chowder and potato chowder are popular vegetable chowders.

What can I substitute for canned corn kernels?

You can substitute 1 ¾ cups of the following for the canned corn kernels:

What kind of potatoes are best in soup?

The following potatoes will work well in this potato chowder recipe: 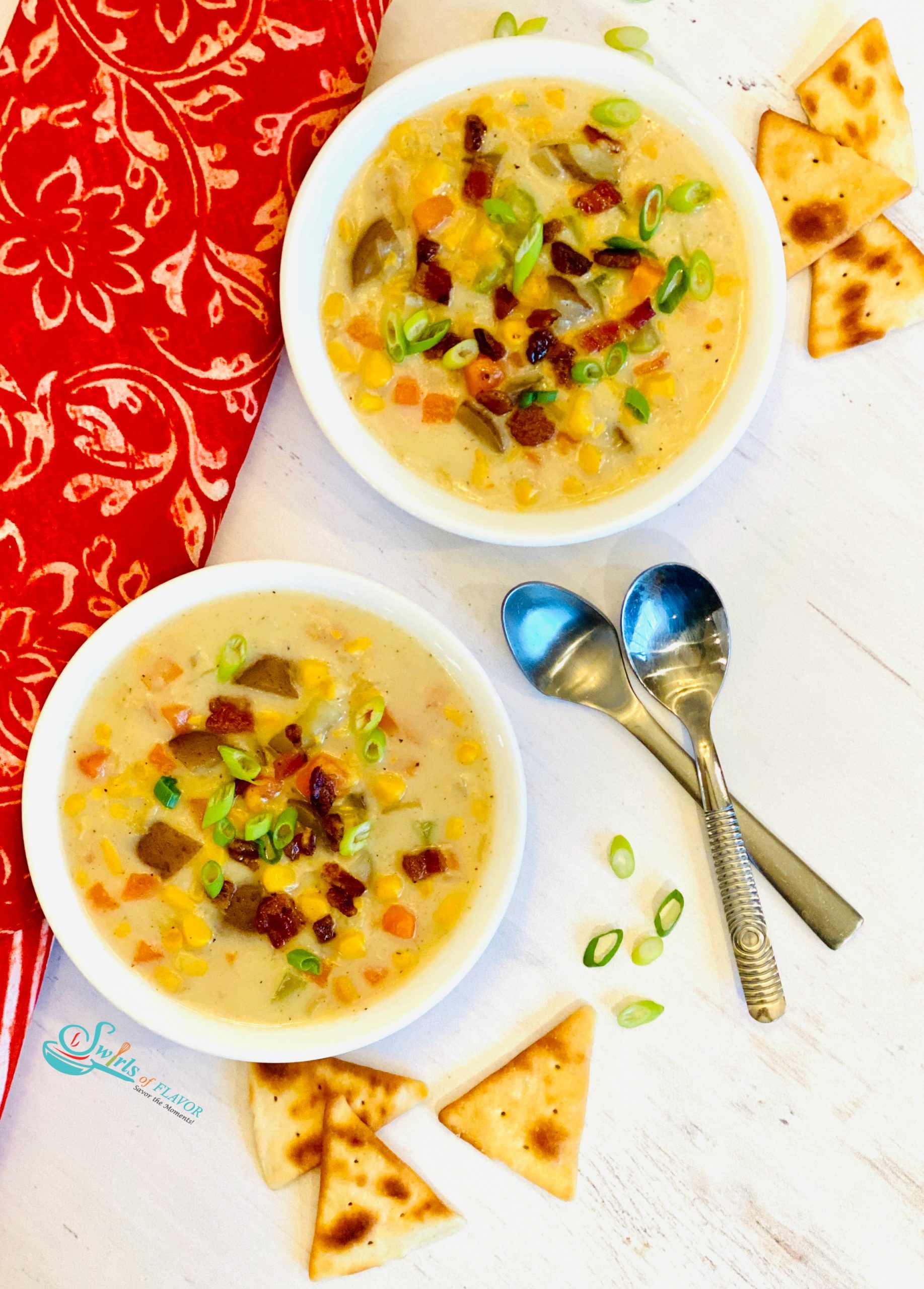 How to make corn chowder 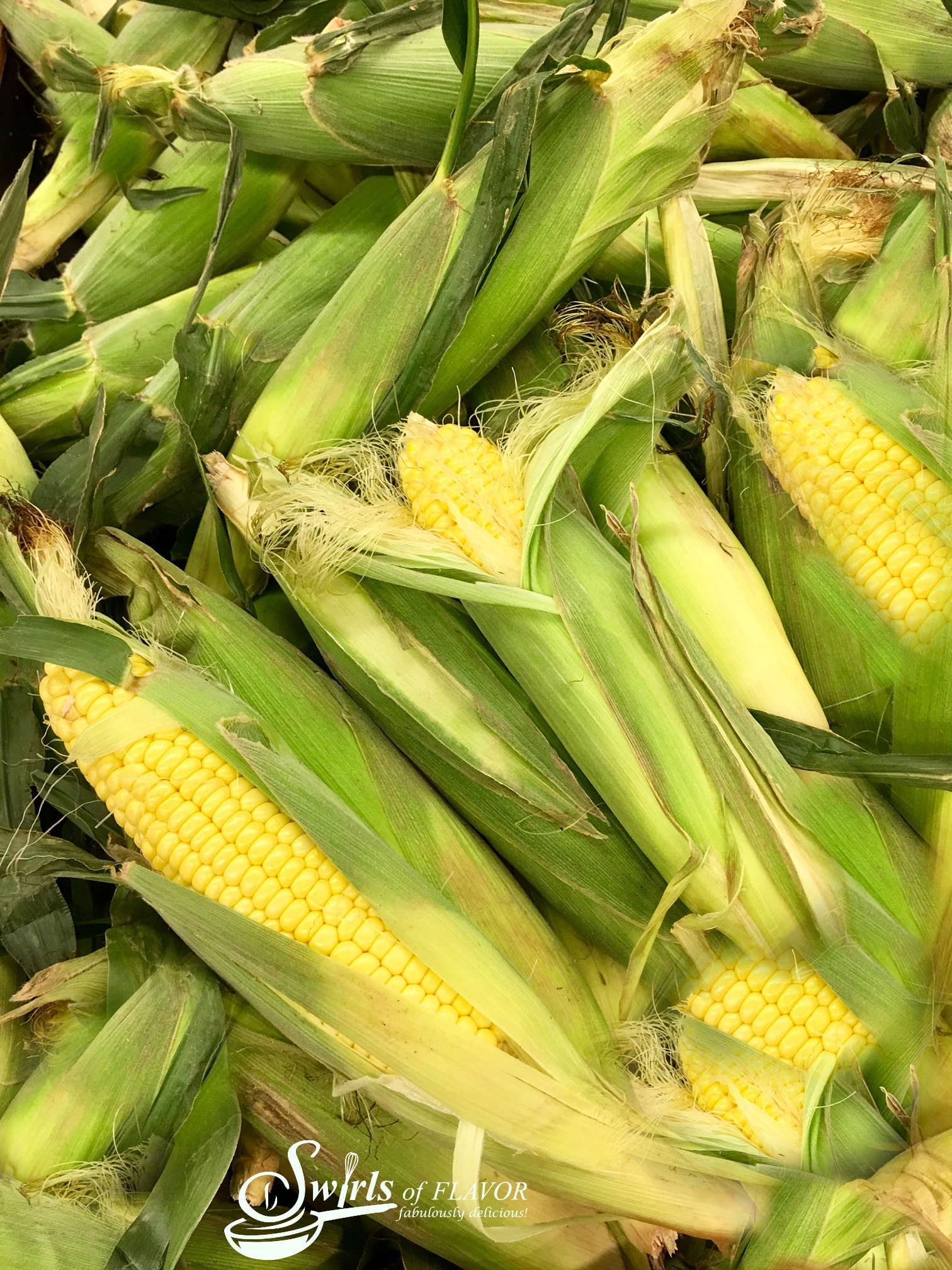 Love an easy soup recipe from scratch? I'm right with you on that! Check out these and other soup recipes here at Swirls. You'll be a confirmed soup lover from now on.

Our creamy Slow Cooker Broccoli Cheddar Soup is brimming with fresh veggies and two cheeses. Broccoli, carrots and onions simmer in your crockpot with vegetable broth topped with cheddar and cream cheese making a tender mixture that you whirl up into a smooth and creamy soup. An easy broccoli and cheddar soup recipe that will quickly become a comfort food favorite.

The fresh clean flavors of garlic, fresh ginger and lime and the buttery creaminess of chunks of avocados come together to create Avocado Lime Chicken Soup, a new comfort soup favorite! Homemade chicken soup just got a face lift!

White Bean and Escarole Soup is a hearty vegetarian soup that's perfect for a plant based lifestyle and meatless Monday dinner option. Bursting with the flavors of fresh escarole, pesto and white beans, our Escarole Soup is a versatile recipe that can be either vegetarian, when prepared as is, or can be turned into a hearty chicken soup when made with chicken broth and shredded rotisserie chicken! 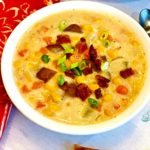 Creamy Potato Corn Chowder is a homemade soup recipe that is made with basic kitchen ingredients. Our corn chowder soup is flavored with bacon, bursting with fresh and canned vegetables and will warm you up on a chilly day. 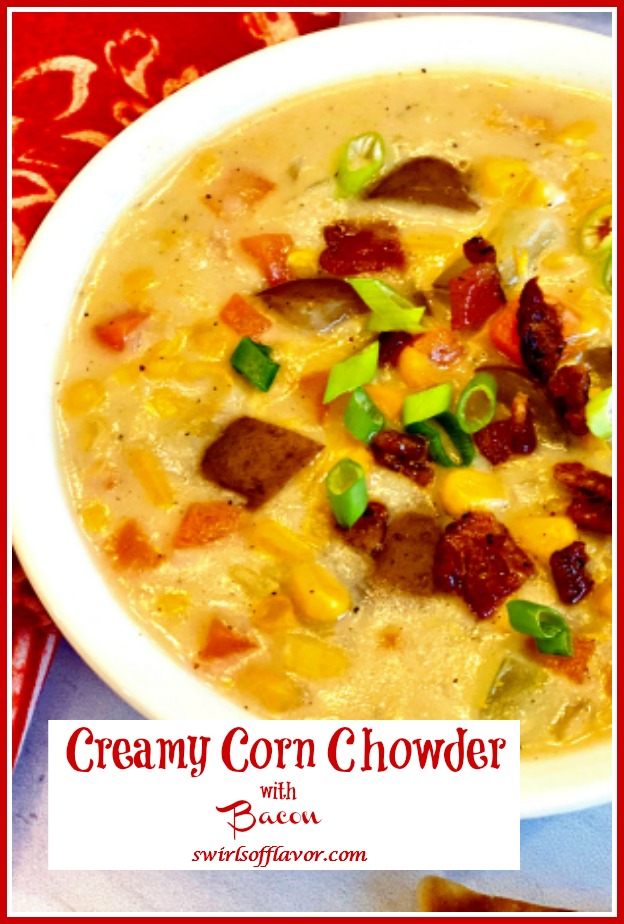