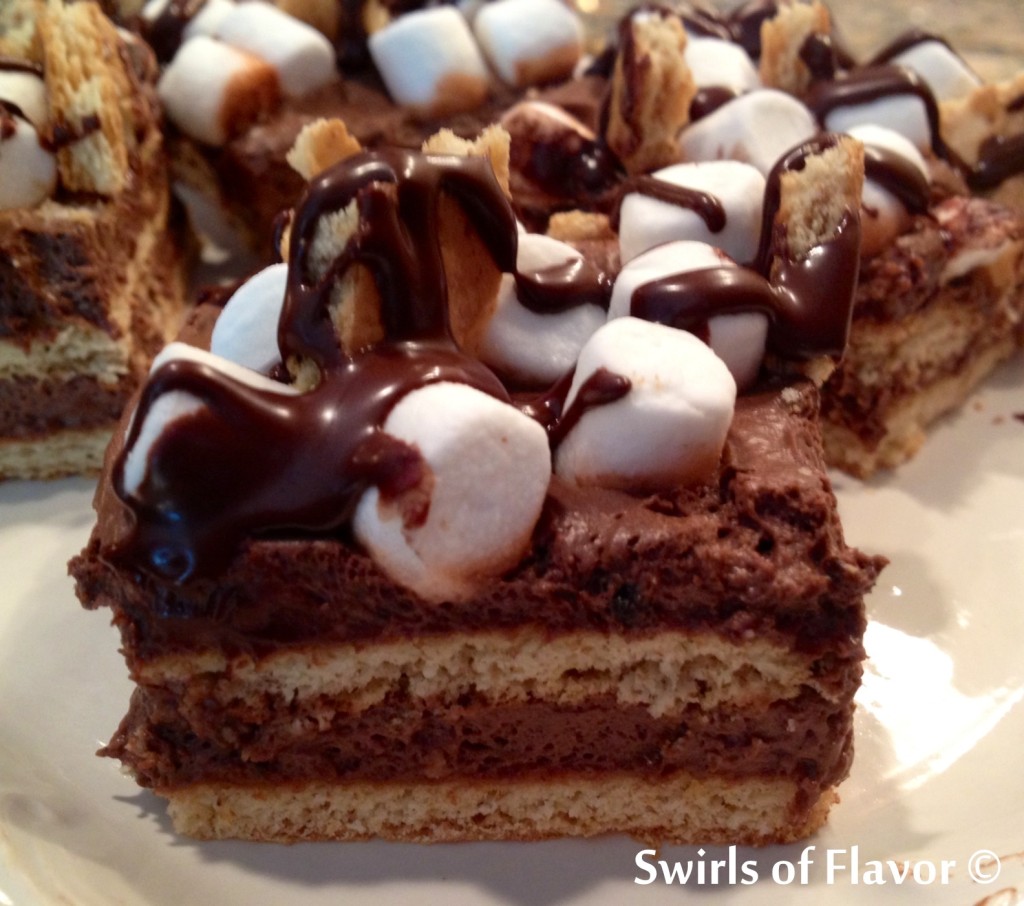 Who doesn't love a gooey toasted marshmallow and warm melty chocolate nestled between two sweet graham crackers? There's something about a S'mores that evokes comfort, deliciousness and Americana. The origin of this beloved campfire dessert is credited to campers in the early part of the 20th century but the first written mention of it was by the Girl Scouts of America in their 1927 Girl Scout Handbook. The name S'mores seems to have come from everyone asking for "some more" of this deliciousness, understandably so! And S'mores are such a part of our culture that August 10th is officially National S'mores Day! On National S'mores Day this year you can change things up a bit and serve up the mouthwatering flavors of S'mores in a pudding bar that has layers of chocolate fudge pudding mousse and graham crackers topped with mini marshmallows, graham cracker bits and a hot fudge drizzle! And if you're craving a frozen treat just pop them in the freezer and you're all set! Check out my S'mores recipe featured on The S'mores Cookbook author Susan Whetzel's blog Doughmesstic. Click on the link for my recipe!