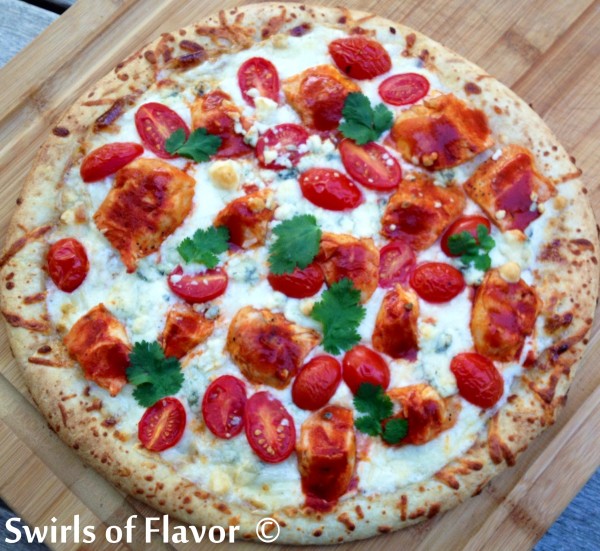 Here's a quick and easy dinnertime pizza that will wake up your tastebuds! Combining the flavors of Ranch and Buffalo, this pizza will certainly become a go-to favorite. The Original Buffalo Wing and Sauce was created and perfected at Frank & Theresa’s Famous Anchor Bar in Buffalo, New York. Buffalo Chicken is so popular there's even a National Buffalo Wing Festival and a Chicken Wing Hall of Fame. And not just about food, the festival has raised over $250,000 for New York charities. There will be wing eating contests, live blues music, several "sauce-offs" and even a Miss Buffalo Wing Pageant! Who ever knew all of even existed? Now you do! So mark your calendar for this year's festival, known as Wingfest 2014, on Saturday and Sunday, August 30th & 31st at Coco-Cola Field in downtown Buffalo, NY. In the meantime, have your own buffalo festival this evening with Buffalo Ranch Chicken Pizza!

4. Bake 10-12 minutes or until cheeses are melted and pizza is heated through.